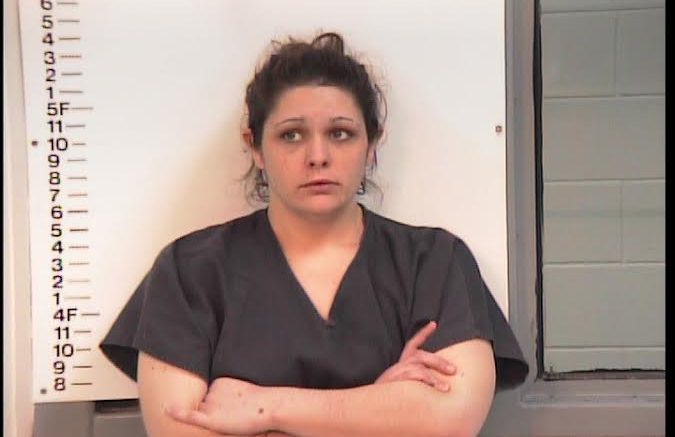 Subject: Donna Faye Vela (Coleman)
29 years of age
1640 Shipley Road, Cookeville
Charge:             Capias Warrant for Failure to Appear – General Sessions Court
On 04/29/15, the Putnam County Sheriff’s Office SWAT Team executed a narcotics search warrant at the residence of Donna Faye Vela located on Shipley Road. The residence had been reported as a nuisance to the area due to the large amount of vehicle and pedestrian traffic in and out of the residence.
The Sheriff’s Office initiated an investigation and documented numerous people with lengthy criminal records frequenting the residence. Prior to executing the warrant, law enforcement personnel observed a 3 year old toddler walking around outside, barefoot and alone, while the child’s mother slept inside the residence. Once inside the residence Narcotic Officers from the Sheriff’s Office, TBI, Monterey and Cookeville Police Departments discovered 65 Roxicodone tablets which have a street value of approximately $2300. Agents also discovered some marijuana, methamphetamine and drug paraphernalia.
The condition of the residence was deplorable, it was infested with bugs and most of the drugs discovered could have easily been accessible to the children. The Department of Children’s Services were called to the scene and Vela was arrested on an unrelated charge. The 3 year old was released to a family member. There were a total of four children who live at this residence however three of the kids were in school or daycare.
The four children were released to the father of two of the children and DCS will be monitoring the situation on behalf of the children to ensure they have a safe, stable, and clean environment. The father was not a part of this investigation. Agents do not believe that the methamphetamine was manufactured locally. They believe it was brought in from elsewhere.
A black male, whom agents believe is the mother’s boyfriend, was not present at the time of the execution of the search warrant nor did he offer to return to the residence to care for the toddler once he learned of law enforcement presence. The investigation is ongoing and anyone with information related to this case should call the Putnam County Sheriff’s Office at 931-528-8484 or the Drug Tip Hotline 931-525-6384 and speak with a narcotics investigator.