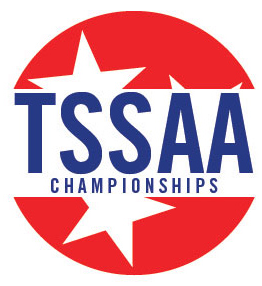 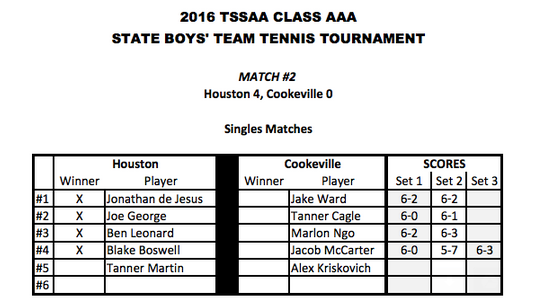 With a barrage of big serves and forehands, Houston defeated Cookeville in the state semifinals Tuesday at Old Fort Park in Murfreesboro.
Despite the match being delayed an hour due to longer matches earlier in the day, the Mustangs started quickly, capturing the first set on every court.  Cookeville’s Jacob McCarter and Alek Kriskovich were able to rebound and take the second set, but Blake Boswell was able to outlast McCarter 6-0, 5-7, 6-3.
“I’m not sure the delay was a factor in our slow start.  Houston just played well,” Cookeville Coach Brian Rohr said.  “They hit some big serves, especially on important points.”
Jonathan de Jesus led the way with a 6-2, 6-2 win over Jake Ward at No. 1.  Joe George downed Tanner Cagle on the second court.  In the third match, Ben Leonard beat Marlon Ngo to give Houston a 3-0 lead.
But the Cavaliers didn’t go away quietly.  McCarter won the second set against Blake Boswell, and Kriskovich won a second-set tie-breaker to even his match with Tanner Martin.  McCarter jumped out to a 3-1 lead, but Boswell recovered to win the final five games and end the match.
“I’m really proud of Jacob and Alek for battling back.  I felt like we had a good chance if we could make it to doubles,” Rohr said.
The loss is the last match for seniors Ward and Cagle.
“Jake and Tanner have had remarkable careers.  It’s impossible to describe how much they have meant to our program.  They will be tough to replace,” Rohr said.
McCarter, also a senior, and Ngo will play Thursday in the state doubles tournament.  They will face Mt. Juliet’s Josh Walker and Dylan Chambers Thursday at 9:00 a.m. at Old Fort Park. 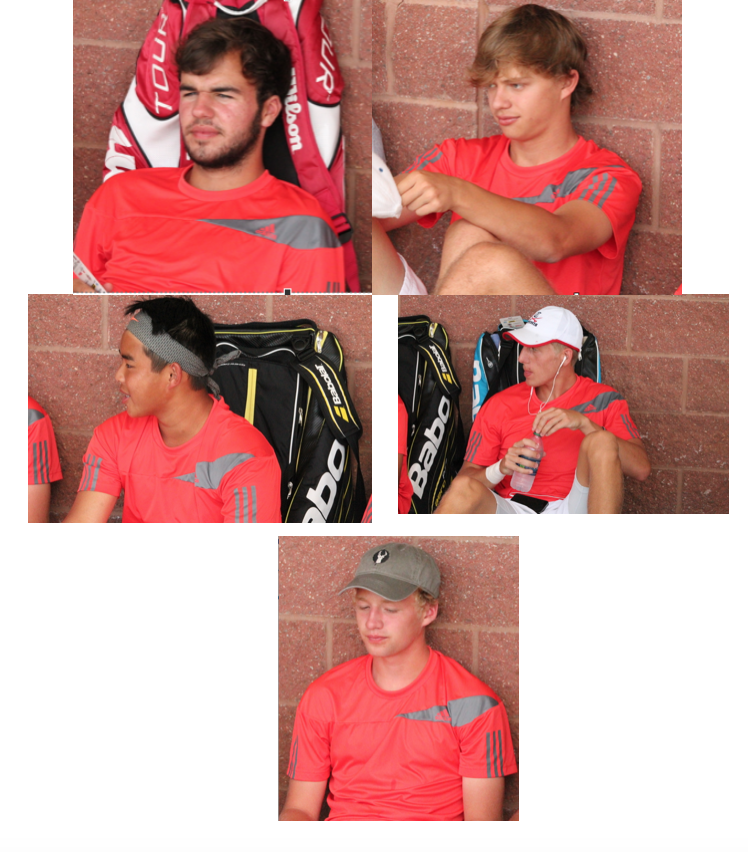 LA Drops a Doubleheader To Upperman