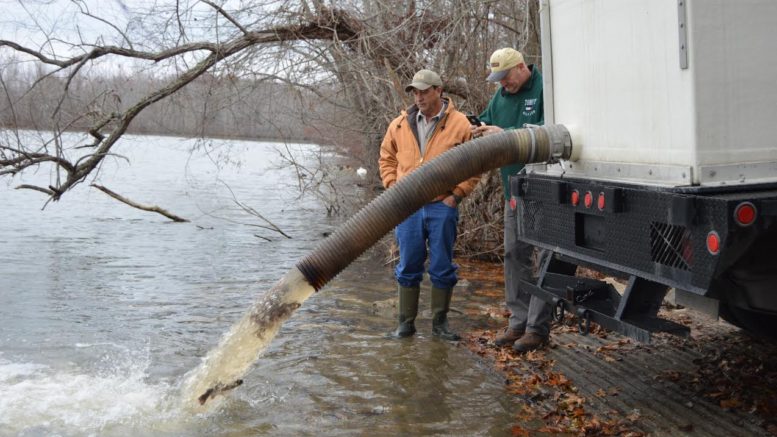 COOKEVILLE – Cane Creek Park’s lake is about to get more crowded – with trout.

It’s not the sort of fish one would find there naturally. But each winter, a Tennessee Wildlife Resources Agency truck rolls into the park, backs down to the water’s edge and releases a total of 5,000 rainbow trout. This season’s release dates are Dec. 6 and Jan. 17.

“Trout normally live in cold-water streams,” Dennis Woolbright, park manager, said. “But TWRA brings them to us. It gives people in Cookeville and surrounding areas an opportunity to fish for them without having to go way out in the country.”

Through TWRA’s statewide winter trout stocking program, trout raised in hatcheries are taken to urban areas where it’s too hot most of the year for them to live. It’s been a successful program for the past decade at Cane Creek Park, where the trout can survive until late spring.

“People usually start calling around the end of November about the trout,” Woolbright said. “Some like to come and watch them being released into the lake and start fishing for them right then. But the best time is a few days afterward. You have to give them time to spread out and get acclimated to the water.”

The trout are 7-10 inches long, and the daily creel limit is seven per fisherman. Fishermen ages 13-84 need a trout license in addition to their Tennessee fishing license.

“A lot of people enjoy fishing for trout,” TWRA streams manager Travis Scott said. “They can be fairly aggressive and easy to catch, while your warm water species like bass or bluegill are not as active in the winter.”

TWRA’s winter trout stocking program began in 1999 in Nashville and has expanded to more than 30 locations. The agency released approximately 90,000 trout into Tennessee waters last season.

Jack Swearengin of the Tennessee Wildlife Resources Agency, left, and Ed Hollingsworth of Cane Creek Park watch as trout are released into Cane Creek Lake. This season’s release dates are Dec. 6 and Jan. 17. 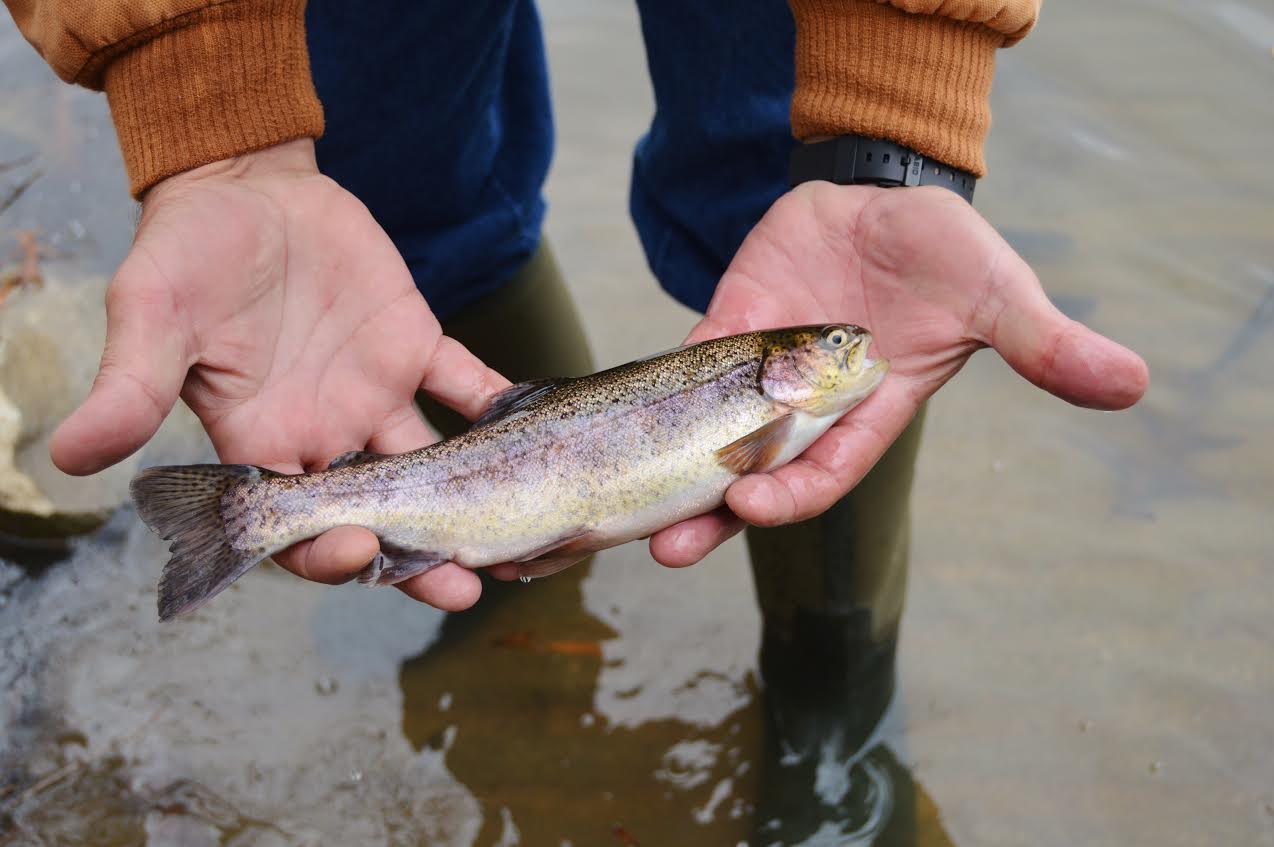