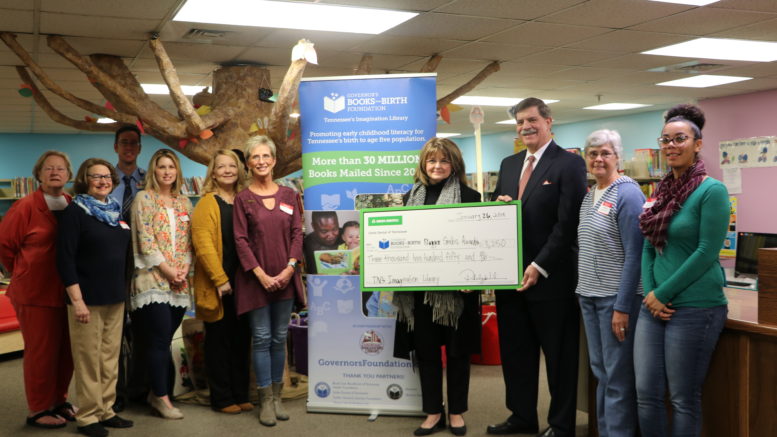 TENNESSEE — Putnam, Jackson and Van Buren counties are three of 26 counties to receive grants for the enrollment growth of Dolly Parton’s Imagination Library.

Dolly Parton’s Imagination Library is a free book gifting program that mails out monthly appropriate age level, high-quality books to children from birth until they begin school, no matter their family’s income.” Since the beginning of the program in 1995 over a million books have been given to children around the world.

According to the reports, over 3,635 preschoolers have been enrolled in the Imagination Library in for Putnam, Jackson and Van Buren counties.

“We are extremely grateful to Delta Dental of Tennessee for their continued support of early childhood literacy and Tennessee’s Imagination Library,” said Theresa Carl, president, GBBF. “Our goal is for all families in Tennessee to experience the joy of reading with children. Bigger

Smiles grants allow us to send more books to a continuously growing number of children across the state, giving them exposure to books as early in life as possible – the key to developing strong early literacy skills before kindergarten.”

Delta Dental of Tennessee has invested in Tennessee’s Imagination Library and GBBF since the statewide program began in 2004. The Bigger Smiles grant will help Putnam, Jackson and Van Buren counties Imagination Libraries sustain growing book costs due to high-volume enrollment.

“Governor’s Books from Birth Foundation has a proven track record of making an impact on the literacy level of young Tennesseans and helping them be ready for school by kindergarten as well as helping them excel in school,” said Dr. Phil Wenk, President, Delta Dental of Tennessee and board member for the Governor’s Book from Birth Foundation. “We know that children across the state have a stronger foundation thanks to the work of GBBF, and this foundation will also help them to be better, stronger, and even healthier students. “