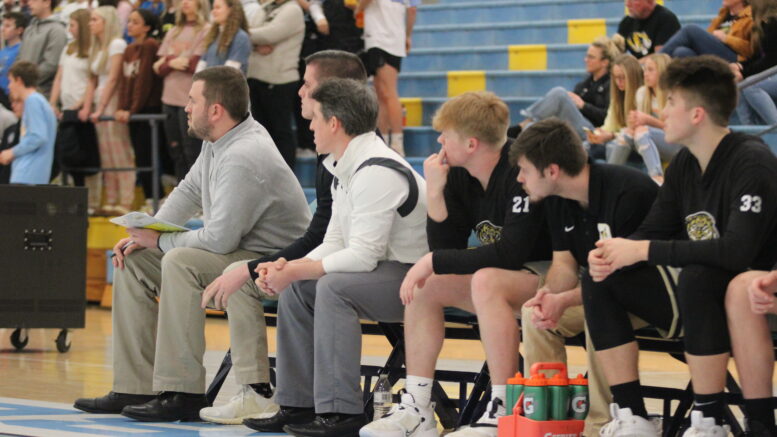 The DeKalb County Tigers will now begin a search for a new head coach, as John Sanders announced he would be stepping down as the team’s coach on Friday.

This comes on the heels of a 13-14 season that saw the Tigers finish sixth in District 7AAA with a 5-7 record. For Sanders, the decision simply came down to being a little closer to home and being around his family more.

“With me living so far away and having two little kids, this opportunity presented itself for me to be a little closer to home,” Sanders said. “I enjoyed coaching at DeKalb, but this is what’s best for my family and I, and it’s probably a good time for a change for the kids at DeKalb.”

Sanders spent four seasons as the Tigers’ head coach, putting together an overall record of 36-73 and a 17-37 mark in district play. After compiling only 13 wins the first two seasons, Sanders and the Tigers began showing marked improvement with a 10-win season in 2020-21 before their 13-win showing last season.

Assistant coach Logan Vance will also be stepping down, as he has accepted a role as a teacher and basketball coach at Smith County Middle School.

Sanders says he hopes that the next head coach continues that growth, as he points out he focused on teaching lessons to the players about life just as much about basketball.

“It was definitely a rebuilding experience from the ground-up,” Sanders said. “By this last year, we had gotten more buy-in. Our teams the last few years always played hard and physical…basketball and life are kind of similar. You’re not always going to be making shots and life isn’t always going to be good, but you’ve got to be resilient and bounce back. That’s what I tried to impart on those guys.”

As he heads to Trousdale, he’ll join back up with an old teammate of his in Ryan Sleeper, as well as take on the responsibility of being the middle school boys coach at Jim Satterfield Middle.

Sanders says he’s looking forward to being back in a familiar setting.

“When I left the first time, we left on really good terms,” Sanders said. “You’ve got very similar people there  as compared to DeKalb, and their enrollment has gotten a lot bigger than when I was there…me and (Ryan) Sleeper played basketball together at Smith County. He was a senior when I was a sophomore, and I’ve known him since I was in first grade. He’s a good guy who’s done a good job of getting kids down there to play basketball and buy in.”

While he’s looking forward to being closer to home and taking on this new challenge, Sanders is quick to point out that he’s thankful for his time in Smithville.

The search for a new head coach will begin immediately for DeKalb County.