A computer registration check indicated the vehicle was falsely registered. The vehicle, a white 2014 Ford Escape, matched the description of a vehicle stolen from Smith County.

As the detectives followed the vehicle, the driver began to speed away. The detectives activated their vehicle’s emergency equipment and pursued the vehicle onto Browns Mill Road. The vehicle entered a private drive where it traveled through a fence down a steep wooded hillside. Detective Tayes exited the police vehicle and pursued the vehicle as it attempted to negotiate the terrain. The vehicle stopped and the driver, 23 year-old Jason Hunt, exited and fled on foot. Detective Tayes caught Mr. Hunt and placed him into custody. Mr. Hunt was charged with Evading Arrest, Reckless Endangerment, and Theft.

The ensuing investigation led to the recovery of two stolen vehicles. Detectives also developed evidence to assist in the theft of a trailer and four-wheeler ATV along with approximately 30 vehicle burglaries. A second man, 23 year-old Jonathan Patterson, was arrested and charged with Theft and Burglary.

The investigation is on-going, with other jurisdictions involved also. 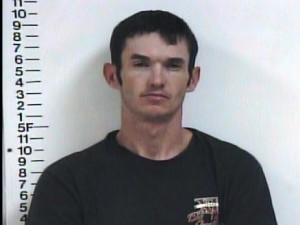 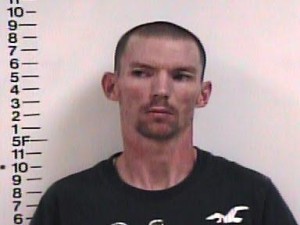