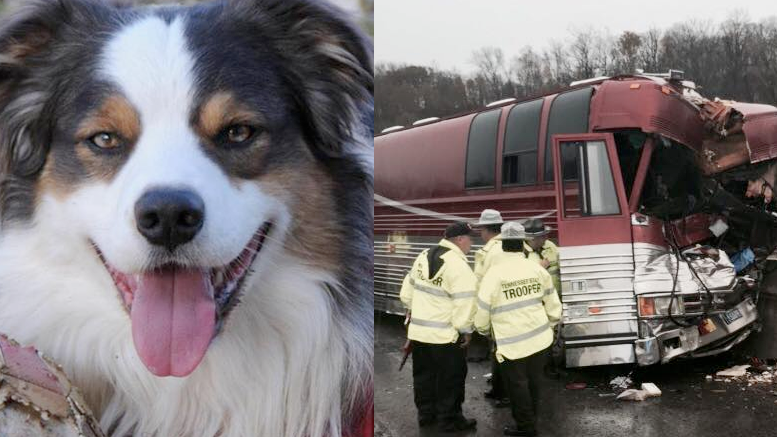 COOKEVILLE, T.N. — The rock group Hinder was involved in a serious bus crash on I-40 in Putnam County.  A member of the band and a crew member were injured in the crash and are being treated at local hospitals.  The band asked for assistance in locating a service dog that was on the bus when it crashed.  The band says Cuzco, a male Austrian Sheppard, was located and reunited with them.  The band posted this on their Facebook page:

We just wanted to let everyone know that we were in a bus accident today outside of Cookeville, TN. Mike and our…