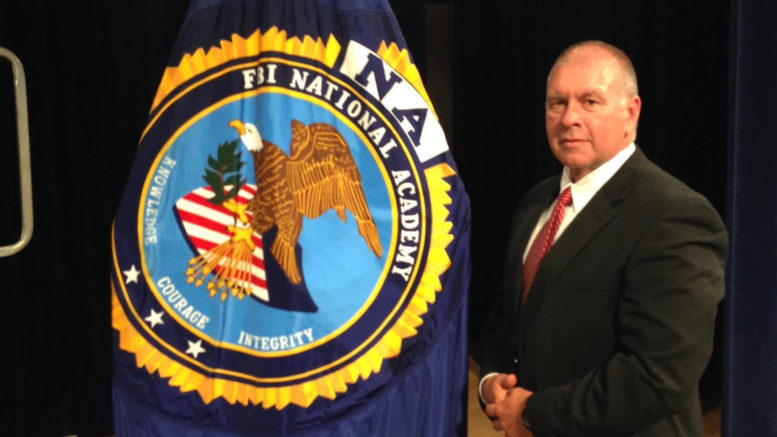 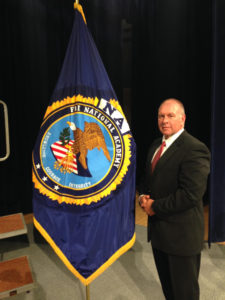 PUTNAM COUNTY, TN – The Putnam County Sheriff’s Office is pleased to announce that Major Greg Whittaker in the Support Services Division recently graduated in Class #268 of the FBI Academy in Quantico, VA. He is the fifth member of the Office to graduate from the Academy. The 10-week program is only offered to 1,000 law enforcement officers worldwide per year. “I am proud of Major Whittaker for completing this prestigious program,” said Sheriff Eddie Farris. “It is an honor for him to have been selected and an even greater honor for our Office. His commitment and dedication to education and furthering his professional credentials are the hallmark of what our agency stands for.” Major Whittaker was nominated by the Sheriff and the Cookeville Resident Agency of the FBI Office of the Memphis Division. He then had to make the cut to a list of six nominees before his name was submitted to the national FBI office in Quantico. From there, he had to be selected to attend one of only four sessions per year from a worldwide list of candidates. During the 10-week academy, Whittaker received university level academic classroom training as well as rigorous physical conditioning. He was permitted to select the classes from a wide range of topics, such as Legal, Forensic Science, Violent Offenders, Stress Management, and Media. The physical training was tough and competitive with required testing held before graduation. In addition to the training and world class instruction, attendees were taken on several field trips during their stay, including the Holocaust Museum, the 911 Memorialand Freedom Tower in New York City, and the Law Enforcement Memorial in Washington, DC. “It was the best law enforcement experience of my life, and I was very humbled to attend,” said Whittaker. “One of the highlights of my experience was the cookout we hosted during Police Week for children whose parents died in the line of duty.” All FBI graduates receive a diploma and a distinctive yellow brick with their name, class number and year of graduation. Other former FBI Academy graduates at the Putnam County Sheriff’s Office include Sheriff Eddie Farris (Class #200 in 2000), Major Terry Hembree (Class #188 in 1997), Lieutenant Robert Bob Crabtree (Class #261 in 2015), Mike Ronczkowski (Class #217 in 2004) and Bob Errick