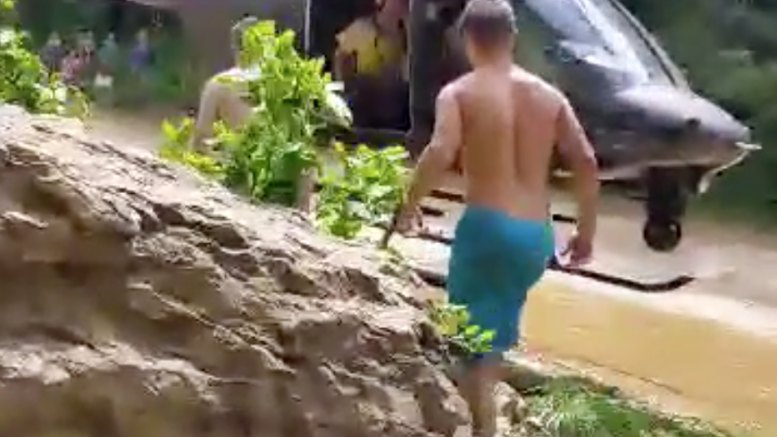 Listen below to hear the 911 call. Read the story below for more information. (Audio provided by Jackson County 911)

The body of Peggy McDaniel, 73, was recovered Friday afternoon. Mrs. McDaniel went missing when the water rose quickly. The water also left many others trapped. Jackson County officials joined the McDaniel family for a press conference to address the media. The family stated Mrs. Peggy was a an outstanding person and an even better grandmother. She was enjoying her time with four of her grandchildren at the time.

Several media outlets are reporting that Hillian went to Cummins Falls to help search for McDaniel.

McDaniel went missing after 40 people were trapped at Cummins Falls State Park on Wednesday afternoon.  Her body was recovered Friday.

Numerous people were trapped underneath the falls and on islands along the banks after water levels started rising as storms passed through the area.  Officials say the water rose three feet in a matter of minutes at the park.

Officials do not know if Hillian died from the flooding.  They are awaiting an autopsy.

The Upper Cumberland Reporter got exclusive video of the water rescues.

A helicopter was used to help rescue the trapped swimmers.

This is a developing story.  Check back for updates.