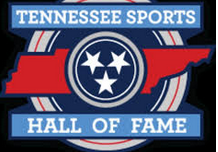 NASHVILLE, TN., Nov. 15, 2017 — The Tennessee Sports Hall of Fame announced today the twelve inductees to be enshrined at its 52nd Annual Induction Banquet on Saturday, June 16, 2018, at the Omni-Nashville Hotel.

Tickets and sponsor packages for the induction banquet weekend can be purchased by contacting Lynn Powell Toy at 615.202.3996 or lynnpowelltoy@gmail.com.

The Sports Hall of Fame, which held its first induction banquet in 1966, has as its goal to enshrine successful teams and individuals who display sportsmanship, good character and success, creating a legacy for others to follow. The Tennessee Sports Hall of Fame Museum is housed inside the Bridgestone Arena in Nashville.

The Tennessee Sports Hall of Fame, a 501c3, pays tribute to all those who have made an impact through sports in Tennessee. The Hall subscribes to the principle that sports serve society’s highest ideals by educating youth through sports. It promotes the virtues of competition, fair play, friendship, solidarity, mutual understanding and respect for human dignity. The best way to honor our sports legends is to pass this legacy down to future generations.