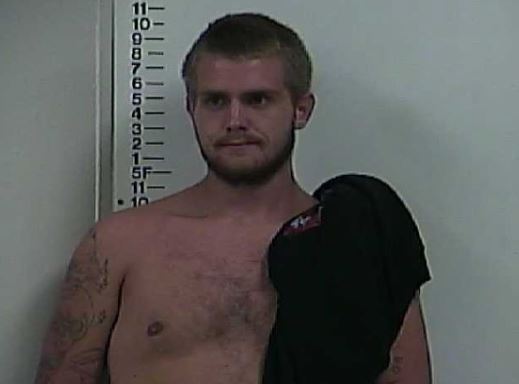 On August 7th, a 2015 Nissan Versa Note, that had been recently reported as stolen, was seen driving on Willow Avenue in Cookeville.

Officers attempted to stop the vehicle but the driver began to accelerate at high rates of speed through residential areas before turning onto the interstate.

Officers traveled ahead of the suspect to I-40 Westbound mile marker 283 where they deployed spike strips.

Once the vehicle was stopped, officers identified Joshua Clemons, 19, of Baxter as the driver. Clemons was accompanied in the stolen vehicle by three juveniles.

Clemons has been charged with Evading Arrest, Reckless Endangerment, Contributing to the Delinquency of a Minor and Theft of Property. Total bond has been set at $30,500.

Scott Hunter, 57, of Cookeville, TN was charged as a Felony Fugitive of Justice out of the state of Kentucky for a previous crime of 2nd Degree Burglary. No bond is posted at this time.

James Coss, 24, of Madison, TN was charged with Tampering/Fabricating Evidence, Unlawful Possession of Drug Paraphernalia and Deliver, Manufacture, Sell or Possession of Methamphetamine. Total bond is set at $2,000.

Terry Thompson, 49, of Cookeville, TN was charged with D.U.I and Driving on Suspended or Revoked License. Total bond is set at $2,200.