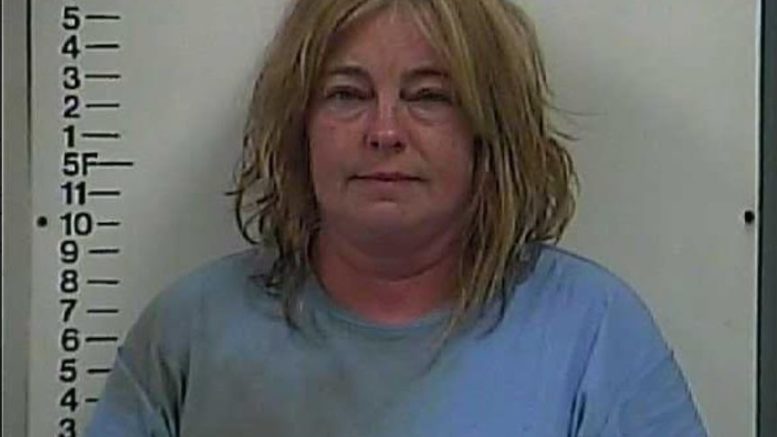 COOKEVILLE, TN – After a stop by the Tennessee Highway Patrol one woman was placed in handcuffs but used those to break the window while placed under arrest.

On September 9, the Tennessee Highway Patrol pulled over Myra Shipley, 48, of Cookeville for going 52 mph in a 32 mph zone and also for running a traffic light on Willow.

During the interaction, Shipley was said to have red watery eyes, slurred speech and an odor coming from her that was associated with alcohol. According to the warrant, Shipley admitted to drinking after leaving her work and then taking a Xanax before driving.

Shipley was placed under arrest for driving under the influence. After being handcuffed and placed into the back of the patrol car, the warrant states that Shipley used her handcuffs to break the back passenger window of the squad car to escape. Once the glass was broken, Shipley climbed out the window and fell to the ground where she caused a laceration to her head.

Transported by EMS, Shipley was taken to Cookeville Regional Medical Center to see about the cuts and scrapes on her arms and the laceration on her head.

Shipley is charged with Driving Under the Influence, Failure To Obey Traffic COntrol Devices, Vandalism and Evading Arrest. Her total bond is set at $4,250.