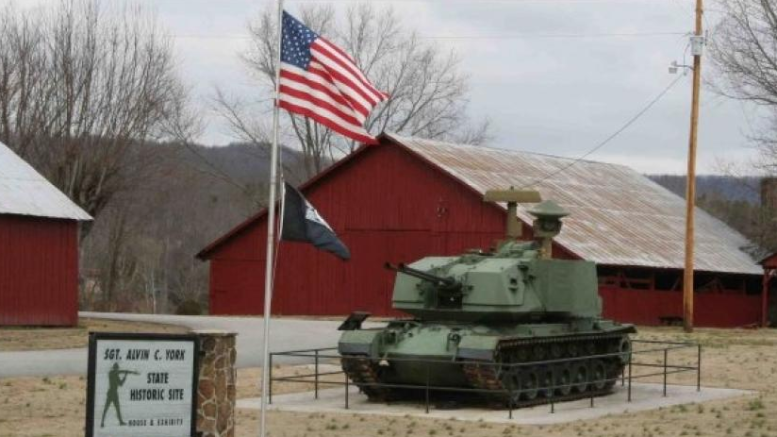 The state park is named for York, a Congressional Medal of Honor recipient who gained fame from his heroism in the Argonne Forest during World War I. Each year in November, the park honors York and veterans past and present, with demonstrations, reenactments and events specific to the war from 1914-18. This year, programs will be held throughout the weekend leading up to Veterans Day, highlighting York’s experience in Europe.

Among the programs will be “Back from War: Pall Mall Parade,” on Saturday, November 9 at 4 p.m. The parade will highlight the return of the Doughboys in 1919 and honor all veterans from wars past and present.

The weekend will feature World War I era biplanes, historians, period music, replica trenches, and battle reenactments in the Wolf River Valley, where York called home. The purpose is to remember what York and other brave men and women endured during the war.

The Veterans Day ceremony will be held on Monday, Nov. 11 in the York Barn at 11 a.m.