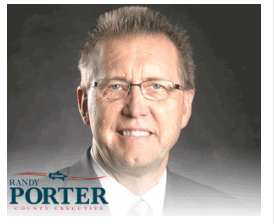 Today Putnam County completed the refinancing of the original 2010 $7.2 million bond issued to build the County’s share of the Highland’s Business Park.

We had expected to save approximately $600,000 in interest costs by refinancing the bond, which had an original interest rate of 3.25%. We couldn’t have timed the market much better and received a much better rate than expected. In the end, the County was able to save $787,800 in interest costs. The new rate on the bond will be 1.4%.

The highest interest rate we have on any of our bonds now is 3%, which is the bond issued in 2013 for the Monterey and Baxter Schools. That bond cannot be refinanced until 2023.  The average interest rate of all our bonds combined is now 2.2%.

In the past 5 years, the County has been able to refinance several existing bonds and pay off others for a total reduction of over $100 million of the county’s debt.

It was a great day for Putnam County!