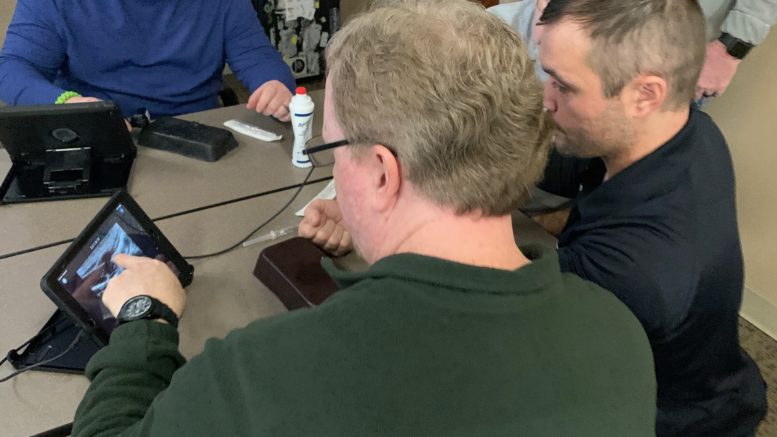 PUTNAM COUNTY, TENN – As a new decade begins, Putnam County paramedics begin a new era that includes prehospital point of care ultrasound technology. Point of care means the technology is being brought to the patient, wherever they may be. In the past, the patient had to be transported to where ultrasound capabilities existed. Now, patients in Putnam County will benefit from having ultrasound technology on the ambulance when it arrives.

PCEMS Medical Director, Dr. Sullivan Smith noted “Ultrasound has been a common imaging tool in hospitals for decades. By first training and then putting these innovative devices into the hands of our paramedics, we have dramatically increased the amount of readily available information to the paramedic in the field, and the ability to share that information in nearly real time with an emergency physician. Even during our trial period, this ultrasound tool provided dramatic benefits in patient care. Now we will be able to make quicker and more accurate assessments of patients while they are still in the field. The clinical benefits of pre-hospital ultrasound are absolutely clear and most compelling.”

Putnam County has been in a pilot program for several months, testing to ensure the equipment can be used in the field, and learning all the potential uses for it before deploying it across the entire fleet of ambulances. During testing, paramedics and administrators were so impressed with the results that they chose to proceed with the full deployment and training. According to Brandon Miesemer, of EMS POCUS (the company contracted to provide training and quality assurance programs), Putnam County EMS is leading the state of Tennessee in field ultrasound, “We are proud to work with the dedicated men and women of PCEMS in what is, to my knowledge, the largest rollout of a prehospital ultrasound program in the state to date,” he continued. “An undertaking of this magnitude, in terms of the number of individual providers being trained, and the number of ultrasound-equipped transport units, reflects the high priority they put on quality patient care, at both the provider and leadership level.”

During the month of January PCEMS has trained all their paramedics, as well as advanced EMTs that are currently enrolled in a paramedic training program. Since training has completed, several paramedics have already reported having better outcomes by using the technology.

“We are seeing several patients already, in just a few short weeks, that have benefited from the ultrasound tool. One recently was a patient who would typically be a very difficult patient to start an IV on, the crew was able to get the IV on the first attempt using the ultrasound to guide them,” stated PCEMS Major Rob Clarke. “This could have potentially been someone it would have otherwise taken multiple attempts to start an IV on. We’ve also had crews be able to see the depth and extent of damage from a stab wound, and in another case diagnose a severe lung issue.” Clarke explained.

Dr. Smith points out that this level of training, and the expectation of quality care in Putnam County, is not new to the pre-hospital industry. “Putnam County EMS has time and again led the EMS industry by providing advanced care through innovation and training. Decades ago, we literally were the first ground EMS service to transmit EKGs to the hospital by using a machine similar to those used in a doctor’s office, cabled to a fax machine which was then attached to an analog cell phone. All of that was bungee corded together in the back of the ambulance because at that time there was no equipment to make that possible. We sure have come a long way since then, and we’re not done yet!” Smith exclaimed. “Hats off to our County Mayor, County Commission, our EMS leadership team and staff for their forward-looking vision and leadership.” Concluded Dr. Smith.

“This is another example of our local elected leaders buying in,” explained Chief Tommy Copeland. “We really appreciate the support of County Mayor Randy Porter, and our County Commission. They stand behind our requests to advance technology and care for our patients.” Concluded Chief Copeland.

The devices were purchased from Butterfly IQ, at an initial cost of $2,500 per ambulance. Administrators are certain this cost will pay itself off multiple times in the care it allows EMS providers to give their patients. 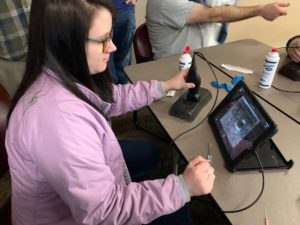