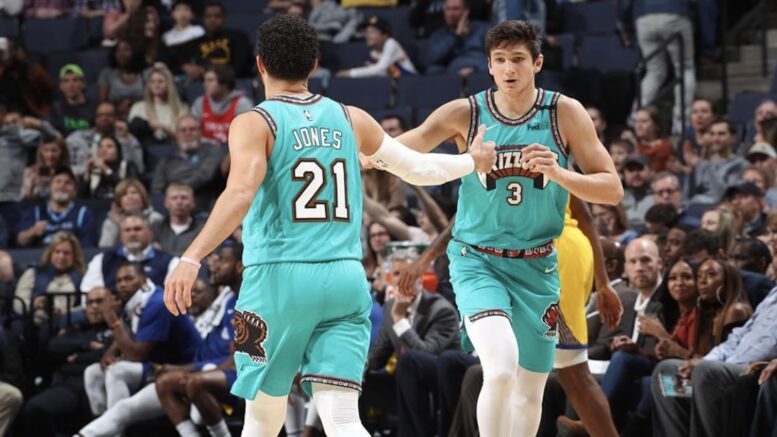 Despite their struggles in the NBA restart, the Grizzlies season is already a success. Photo Credit: @GraysonJAllen Instagram

It is no secret. The NBA restart has been disappointing for the Memphis Grizzlies.

Despite the recent struggles, I consider it foolish to deem this season as a failure.

Memphis was projected to be a bottom five team this year. There was no expectation of even sniffing the playoffs.

The front office had a good offseason for a team that finished the 2019 season tied for the 7th worst record in the NBA. The biggest piece of this puzzle was the hiring of Taylor Jenkins. Before the restart, Jenkins was considered one of the top candidates for the NBA Coach of the Year Award. Jenkins has shown that he is continuing the tough and gritty culture that has defined the Memphis Grizzlies when they are at their peak.

Jonas Valančiūnas has certainly bought in to the culture-change presented by Jenkins. He has turned in to a gritty big man for the Grizzlies and has averaged a career high 11.2 rebounds per game.

Jaren Jackson Jr. has developed more after an impressive rookie season. Role players like Tyus Jones and Brandon Clarke have stepped up in huge ways this season. Jenkins was even able to help Josh Jackson show flashes during his opportunities with the team.

Now, don’t get me wrong, I am aggravated with the way the restart has gone, but to call the season a disappointment or to take shots at Jenkins is completely foolish. The way Jenkins coached this team during the regular season and the way he has been able to have his squad buy in to his culture is incredible. The Grizzlies have been a fun team to watch this season, and it has been years since anyone has been able to say that.

The Grizzlies face a stiff challenge in their final two games against two eastern conference powerhouses, the Celtics and Bucks. Memphis needs to win one of those matchups so they have the upper-hand in the play-in round. It is critical for the Grizzlies to obtain the 8th seed during the play-in round. If they do, they will only have to win one game before their opponent can defeat them twice to advance to the first round of the playoffs.

The Grizzlies play the Celtics today at 4 p.m. as they continue to compete for the final playoff spot.