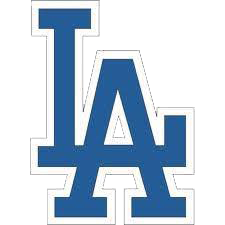 The Wildcats (5-1, 2-0) got a complete performance on both sides of the ball as they rolled past the Owls.

“This week they came out and played extremely hard,” said LA head coach Bruce Lamb. “They left everything on the field. Overall it was just a great night for our football program.”

Senior running back Kaleb Robinson stole most headlines entering the season, and he has continued to live up to the hype, but sophomore quarterback and defensive back Nathan Cowgill is emerging on both sides of the ball.

Cowgill found Bryer Mosley for a 27-yard touchdown and then intercepted a pass and returned it for a touchdown to give the Wildcats a 14-0 lead at the end of the first quarter.

“Nathan Cowgill is a gamer,” said Lamb. “I’m so proud of what he’s done. He’s shown great leadership. Even on the defensive side of the ball, he’s a ball hawk. He’s really growing and helping our offense and it’s helping Kaleb get loose a little bit more.”

The LA defense has been impressive in recent weeks, surrendering 20 points in the previous four games. They have tallied two shutouts over the span.

“They’re playing really well,” said Lamb. “They’re tackling well and they’re flying to the ball. That’s what we want them to do. These kids believe in what we do and it’s fun to watch right now.

After four straight wins in which the Wildcats have outscored opponents 91-20, Lamb said they are playing their best football of the season.

“I think we’re playing the best we’ve played all year,” said Lamb. “Do I think we can get better? Absolutely. I still haven’t seen anyone play a perfect game. That’s what we strive for. We strive to get better each week.”

The Wildcats will now turn their attention towards a Region 3/4A showdown with Dekalb County (3-3, 1-0). The Wildcats and Tigers are a part of a three-way-tie along with Macon County (5-1, 1-0) in the loss column at the top of the region. Kickoff between the Tigers and Wildcats is set for 7 p.m. Friday in Smithville.