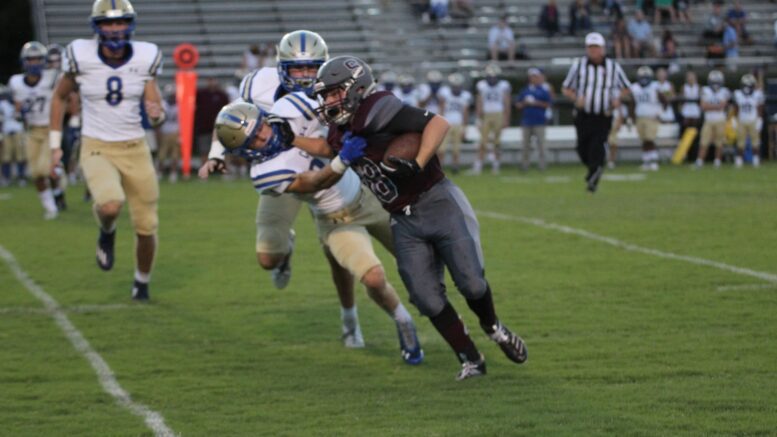 “We’re coming off, what I consider, the worst week that I’ve been (apart of) as head coach of White County,” said Frasier. “It was an embarrassing game to me last week. We had a good team meeting Monday and we discussed how to play hard. We can’t ever go out there and play lackadaisical and expect to win or compete.”

Frasier said his team has responded well in practice this week.

York has been a tale of two sides of the football through four games. They have scored six offensive points in 2020, all coming against Grundy County in a 6-3 win. A portion of those offensive struggles may be credited to the fact they are playing without their original starting quarterback.

Defensively, the Dragons have been strong. In three out of four games they have allowed eight or fewer points.

“They’re in kind of the same boat we are, record-wise, but they’re not giving up many points,” said Frasier. “Defensively when your offense is struggling a little bit that can make a big difference. That says something about those kids and about those coaches.”

White County will look to turn the tide, particularly on the defensive side of the ball, in the matchup.

After surrendering more than 100 points to opponents over the last two weeks, Frasier said a big key will be to start with more energy in all phases of the game than his team did a week ago when WCHS trailed 28-7 early in the ball game.

“Offensively, defensively, special teams… We came out flatter than a pancake,” said Frasier. “It was the worst that we’ve come out. That’s on me. I’m embarrassed by it.”

One thing is clear, the Warriors will play hard Friday night.

“That’s not going to happen again,” said Frasier. “We may not win. We may lose the next six games, but we are going to play with some emotion when we play.”

Kickoff between the Dragons and the Warriors is set for 7 p.m. Friday in Sparta.