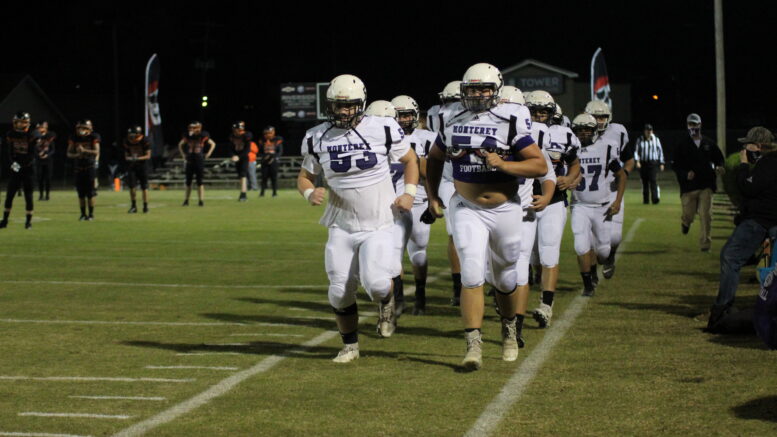 Monterey offensive tackle Grant Hoover was recognized for his play in the 2020 season when he was named to the State of Tennessee High School Football All-State Team.

Hoover emerged as a dominant lineman for the Wildcats throughout his junior season.

“It’s always great knowing that the work you put in is being recognized,” said Hoover. “It’s a good feeling.”

Hoover graded out at 91% during the 2020 season, allowing zero sacks and totaling 31 pancake blocks.

While he was recognized for his play on the offensive line, Hoover also started on the defensive line, tallying five sacks.

He said he likes to play wherever he is needed.

“Whatever we need,” said Hoover. “It doesn’t matter. I don’t have a select position. Wherever coach needs me to play I’m going to play at 100%.”

“He’s a guy that fell in love with the game,” said Hughes. “He just works every day. He’s constantly trying to make his craft better. The sky’s the limit. He cares for his teammates. He wants to help everyone else. If the team’s doing well, then everything’s okay (with Hoover).”

Hoover said he thinks one of his biggest strengths is his footwork.

One thing that is obvious about Hoover is his love for the game of football. He said he enjoys being able to compete on Friday nights.

“There’s nothing like going out on a Friday night and having the whole town behind you, playing football,” said Hoover. “You can’t beat that.”

Hoover set his goals high for his upcoming senior season.

“Team-wise I want to go far in the playoffs,” said Hoover. “I’d like to be a Mr. Football finalist, potentially. That’s the two big goals.”