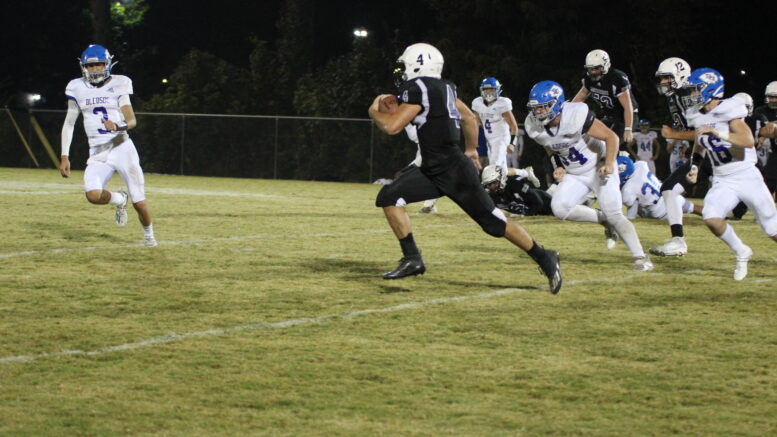 Star Monterey running back Mason Bowman was recognized for his efforts during the 2020 season when he was named to the Tennessee Football Coaches Association Class-A All-State Team.

The sophomore tailback consistently showed big-play ability throughout the season as he helped the Wildcats earn 8 wins and a playoff victory.

Bowman rushed for 1,330 yards and 17 touchdowns in just 11 games. Bowman gave credit to his offensive line for opening holes for him to run through all season.

“I’m blessed to be with so many great linemen,” said Bowman. “I couldn’t have done it without them. That’s what really pushed this team.”

“For one, you’ve got to start with his character,” said Hughes. “He’s got tremendous character. He’s a special talent. I’ve probably not coached anybody like him in my entire career. His skillset is so dynamic. He’s an honors student. He checks every box. Everything he gets is so well deserved.”

“Still having two years of high school left, the sky’s the limit.”

Bowman emerged as a talented player during his freshman season and took a noticeable jump in his second year. He credited his work in the offseason for more of his success.

“I worked as hard as I could during the offseason,” said Bowman. “Four or five days a week. We just pushed all offseason. We (Bowman and offensive lineman Grant Hoover) set a goal to both get all-state, and we both got it.”

Bowman said he still has goals to achieve in his next two seasons with the Wildcats.

“(My goal is) to just keep working hard,” said Bowman. “Maybe eventually beat the rushing record. I just want to keep moving my game up.”