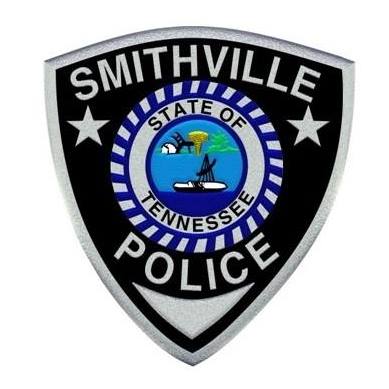 36 yr. old Jamaine Lamar Lemons of Crossville was cited on 1/12/21 for Simple
Possession of Sch II. Lemons was found passed out at the wheel of his vehicle
while parked at Kwik-N-Ezy. Lemons did not have a valid driver’s license and
showed signs of intoxication. With consent to search, approx. 6 grams of a
crystal substance in a pink container believed to be methamphetamine was
found in the center of the dashboard. Original court: 2/18/21

Jeffery Lynn Sanders 47 of 233 Dearman St was cited on 1/16/21 for Theft of
Merchandise. Mr. Sanders was observed on Ace Hardware surveillance video
concealing a Dewalt drill down the front of his pants. Upon making contacting
with Sanders, the drill was recovered and returned to the store. Original court: 2/11/21

33 yr. old Jamaal Ahmad League of 1081 Smith Rd. was arrested on 1/17/21 for
Criminal Trespass. Police responded to Mapco for a suspicious person. Officers made contact with League whom they had trespassed from the property earlier in the night. The officer observed League standing in the front of the store. This made the third call that they had on League within three hours. League was harassing customers on both occasions and was allegedly trying to grab the customers. Bond: 1500.00 GS: 4/15/21

Jerome Micheal White Jr. 45 of Chattanooga was cited for Theft on 1/20/21.
Police responded to the Magnolia Inn for a possible theft. The officer was
informed that White had slid his card at the register when the employee stepped out of the room and refunded $300.00 to his card. Register receipt confirmed the transaction. GS: 5/6/21

On 1/23/21 Adam Daniel Taylor 34, of 102 W. Market St was arrested for
Violation of Order of Protection. Police responded to 102 W. Market St in
reference to a violation of an Order of Protection. Officers were informed that Taylor went into the residence, while the victim of the order locked herself in a room. Taylor kicked the door in and took a TV and left the residence before police arrival. Upon locating and speaking with Taylor, the officer did see the described TV in his possession. Bond: 3000.00 GS: 5/6/21

46 year old Robert David Ward of Cookeville was arrested on 1/25/21 for
Criminal Trespass. Ward was found to be at 608 Estes St and had previously
been trespassed from the property and served a trespass warning on 12/26/20.
He was asked to leave the property and refused several times and indicated that police would have to arrest him because he wasn’t leaving and he would be back when he got out of jail. Bond: 1500.00 GS: 5/6/21

Curtis Allen Lloyd 35 of 628 Andrew St was cited on 1/25/21 for Simple
Possession of Methamphetamine. While investigating a suspicious person call,
Lloyd was found to have in his possession approx. .4 grams of a crystal
substance that tested positive for Methamphetamine. GS: 4/15/21

On 1/28/21 Brandon Paul Hobbs 36, of Altamont was arrested for DUI. Police
observed Hobbs driving at a speed of 55 mph in a 40 mph zone. The officer
initiated a traffic stop and made contact with Hobbs who had glossy eyes and an odor of alcohol coming from his person. Upon speaking with him, the officer was informed that he was coming from Turtle’s Bar and had drank 6 beers. He was asked to perform a series of Standardized Field Sobriety Tasks to which he performed poorly. GS: 4/22/21

67 year old Michael Zane Ellis of 234 Dearman St was cited on 1/28/21 for
Manufacture, Delivery, Sell, Possession; Speeding, and Light Law. Ellis was
observed traveling 46 mph in a 30 mph zone and a brake light was not working.
While speaking to Ellis, the officer observed a small clear bag with white residue sitting in the cup holder. Upon request and consent to search, another small bag with white powder was located. Approx. .6 grams was field tested positive for Methamphetamine. GS: 5/6/21

On 1/29/21, 47 year old Jeffery Lynn Sanders 233 Dearman St was arrested for
Vandalism. Sanders was witnessed under a vehicle not belonging to him
attempting to remove the catalytic converter. He had cut through half the pipe before he was discovered and ran off towards Highland Ave where he was located and taken into custody. Bond: 5000.00 GS: 5/6/21

37 year old Jacob Owen Lackey of 223 E. Bryant St was arrested on 1/29/21 for
Domestic Assault and Resisting, Stop, Hault, Frisk. Lackey and the victim were in the parking lot of 223 E. Bryant St when he did strike the victim in the area of the face two times leaving a slight bruising on the right side of the victim’s face. Lackey had gone into his apartment and once officers made contact with him; he would not cooperate once he was informed, he was being detained for possible domestic. Lackey started pulling away from officers as they were putting hand cuffs on him and while escorting him to the patrol car. Bond: 2500.00 GS: 5/6/21

55 year old Jerome Sheldon Bogan of Baxter was arrested on 1/30/21 for DUI.
Police responded to McDonald’s for a person passed out in the driver’s seat.
Upon arrival, the officer made contact with Bogan who had slurred speech and a smell of an alcoholic beverage on his person. Bogan was asked and consented to field sobriety tasks to which he performed poorly. Bond: 150.00gs: 4/22/21

On 1/31/21 Courtney Marie Watson 22 of Alexandria was arrested for DUI and
Madison Brooke McGill 22 of Murfreesboro was cited for Simple Possession.
Watson was operating a vehicle on Carter St when she stopped in front of the
officer and flagged him down informing him that her car was making some weird
noises. The officer approached the car and could smell an odor of Marijuana
coming from inside. The officer observed Watson to have red glossy eyes and
slurred speech. Watson did consent to field sobriety tasks to which she
performed poorly. During the investigation it was discovered that Watson had
smoke some marijuana and taken a Xanax pill earlier in the night. Officers were given consent to search the vehicle and found 5.5 yellow Xanax pills in the passenger, Madison McGill’s purse. Bond for Watson: 1500.00 GS for each:
4/15/21Pr