Cookeville, TN – At approximately 3:25 AM on March 19, 2021, officers of the Cookeville
Police Department responded to 2175 North Salem Road to investigate an assault that
had allegedly occurred at that location.

When officers arrived, they were told that the suspect (19-year-old Timothy E. Proctor of
Cookeville) was inside the residence but refused to open the door. Mr. Proctor was also
reported to be in possession of a firearm. Having sufficient evidence of the assault, a
warrant was obtained for the arrest of Mr. Proctor for Aggravated Assault. Since no one
would respond to officers outside the residence, a search warrant was also obtained to
grant entry into the house.

In an abundance of caution, the Cookeville Police Department’s SWAT team and Crisis
Negotiation Team were called to assist. Attempts to negotiate with Mr. Proctor proved
fruitless. Mr. Proctor was eventually taken into custody by SWAT officers before being
taken to the Putnam County Jail where he is being held on an $18,000.00 bond. He is
scheduled to be in court on April 5, 2021. 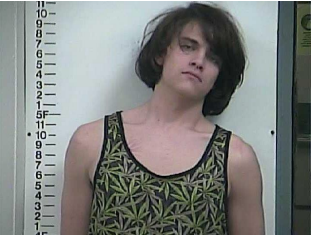