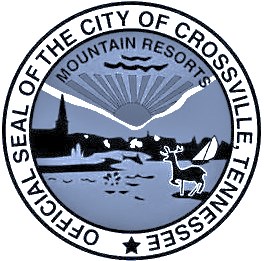 Crossville, TN – On July 12-14, 2021, the Cumberland County Sheriff’s Office along with Crossville Police Department conducted a sex offender compliance operation, Operation “Fireworks” which was supported operationally and tactically by the United States Marshals Service and the Tennessee Bureau of Investigation Fusion Center. The Tennessee Bureau of Investigation graciously supplied a state of the art mobile command post and personnel for the operation.

In an effort to assist state and local law enforcement, the USMS has been tasked by the United States Attorney General to provide needed assistance to law enforcement agencies that are mandated to comply with the Adam Walsh Child Protection and Safety Act. In order to fulfill this obligation, the USMS has developed a system of partnering with state and local agencies to investigate, apprehend, and prosecute offenders that are not in compliance with their legal obligations that have been ordered upon them by the courts.

In addition to providing a number of Deputy U.S. Marshals who helped supplement the Cumberland County Sheriff’s Office and the Crossville Police Department, the Marshals Service provided funds that will be used to defray overtime costs and purchase needed equipment for the agencies Sex Offender mission.

During this operation, multiple teams of Cumberland County Sheriff’s Office, Crossville Police, and Deputy U.S. Marshals investigated 95 convicted sex offenders to insure they are following their requirements and found 69 were in compliance with the sex offender registry law. An additional 23 were unable to be contacted after multiple attempts during the operation but will be contacted in the near future. Three (3) offenders were arrested and charged. Among those were:

Eli Paul Reynolds who was charged with Manufacture, Delivery, Sell of a controlled substance. He posted a $2,000.00 bond and awaits a 9/13/2021 court date.

Michael Sullivan was charged with Violation of Sex Offender Registry. He also awaits a 9/13/2021 court date.

“Sex offender compliance operations, are just one of the many ways that we partner with other law enforcement agencies to keep Cumberland County safe and a wonderful place to live” said Sheriff Casey Cox.

“We truly appreciate the United States Marshal Service for their assistance in our community.” Chief Brooks said, “Working with other agencies is key to keeping our community safe. I’m proud of the result of our working relationship and look forward to even more cooperation in the future.”