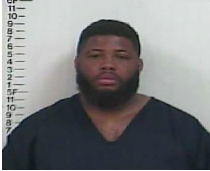 PUTNAM COUNTY, TN – The man charged with kidnapping his own son in an incident that resulted in
a widely broadcasted Amber Alert during the early days of July has now also been charged with killing the
boy’s mother, according to the Union County Prosecutor’s Office in New Jersey. Tyler Rios, 27, of
Highland Park, New Jersey is charged with first-degree kidnapping and first-degree murder in connection
with the alleged abduction of 2-year-old Sebastian Rios and the death of 24-year-old Yasemin Uyar.

, 2021, at approximately 3:00 a.m., the Putnam County Sheriff’s Office
received a call from authorities from the Union County, New Jersey Prosecutor’s Office who provided
information regarding an amber alert of an endangered missing adult, Yasemin Uyar, and an endangered
two-year-old child, Sebastian Rios. The amber alert indicated Tyler Rios, former boyfriend of Uyar and
father of Sebastian, may or could harm the two endanger individuals.

Putnam County Sheriff Deputies, along with Monterey Police Officers, took Tyler Rios into custody
without incident after gathering information and verifying that Rios had been staying in the Bethel Inn
Hotel located near I-40 just off exit 301 in Monterey, Tennessee. The two-year-old, Sebastian Rios, was
found unharmed in the hotel room. Tyler Rios cooperated with law enforcement (PCSO & FBI) and led
authorities to a location inside Putnam County, just inside Monterey city limits on highway 70, where the
deceased body 24-year-old Yasmine Uyar of Rahway, New Jersey was located. An autopsy performed on
Uyar revealed her manner of death to be homicide.

Tyler Rios remained in custody in Putnam County until New Jersey authorities extradited him back to New
Jersey. On July 20th 2021, Rios made his first appearance in New Jersey Court, virtually, to go through an
initial reading of the charges before him.