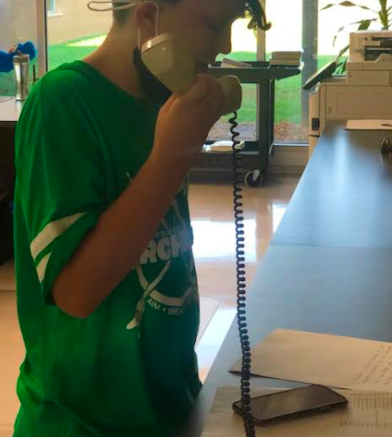 PUTNAM COUNTY, TENN. – What began as a single act of kindness to honor the lives taken on 9/11 became a movement with the ripple effect reaching thousands across the nation to experience the graciousness of strangers, and it will soon include Cookeville residents. The movement became an organization that set a goal of 20,000 random acts of kindness to acknowledge the upcoming milestone anniversary, and that goal is supported by a Cookeville youth who pledged 500 random acts.

Jacob Cookson, of Prescott South Middle School, is encouraging his peers and school leaders to honor victims with a “Pay it Forward….Change the World” campaign that collects acts of kindness and spare change to serve local needs.

The movement began with Kevin Tureff, an American citizen grounded for five days along with 7,000 passengers from 90 countries in Newfoundland, Canada in the small town of Gander. Townspeople took care of the stranded passengers while they waited for airspace to reopen in the wake of the terrorist attacks. Their kindness inspired Tureff to randomly serve others and it grew into the Pay It Forward 9/11 organization.

Cookson, a theatre buff, learned of Tureff’s experience in Gander as he listened to a soundtrack from a Canadian musical “Come From Away.” He researched the story behind the songs and learned more about the small town whose residents rallied to host 38 planes of passengers.

“I was moved by the small town of Gander. You don’t just house seven thousand people randomly in a day just because they landed there,” Cookson said.

His research led him to the Pay It Forward 9/11 organization and he began planning his project. Now, PSMS students will get to know the story of Tureff and fellow passengers and the graciousness of Gander’s townspeople as they learn about it in their social studies classes. Beginning Aug. 30, PSMS students and staff can contribute to Cookson’s goal of 500 random acts of kindness during the 11 days leading up to the Sept. 11 anniversary.

Cookson is also collecting funds with jars located at PSMS and at Wilson Bank &amp; Trust for Cookeville community members. In addition to sharing their change, as students complete their random kindness acts, they will write the action on a star cutout that will be displayed at the school.

For more information visit https://www.payitforward911.org/ or Christina Cookson may be reached at 931-539-1217/ changetheworldckvl@gmail.com.