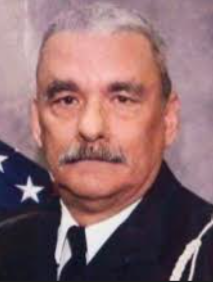 PUTNAM COUNTY, TENN – In 1975, Samuel Martin “Marty” Smith joined the Putnam County Rescue
Squad as a member of the Mounted Police Unit. It was the first ever of its kind and was a unique
opportunity for Smith to combine his passions of horses and emergency service. The unit was a function of the Rescue Squad but worked closely under the direction of the sheriff’s department. His father and namesake, Sam Smith, was the director of the (then) Civil Defense agency of Cookeville and Putnam County, and served with his son in the Mounted Police Unit.

Tyler Smith, Marty’s younger brother and now the Putnam County Emergency Management Agency
director, remembered those days, “We were young, and I remember Marty always messing with the
horses and helping keep them ready,” the younger Smith recalled. “He was a member of the Rickman
Saddle Club and was always involved with horses.”

Over the decades that would pass, Marty Smith would become an EMT and a Cookeville firefighter, and
would find many other ways to serve his community. “Marty was always instrumental in our amateur
radio service. He was known throughout the State for his work in HAM radio and was a big part of so
many of our responses to different events in the community. He actually served as the County’s
Amateur Radio Emergency Service coordinator for a long time and was part of the Rescue Squad’s first
Honor Guard.” explained EMA Deputy Director Sharon Womack. Some of the notable events Womack
remembers were the 1993 blizzard that struck Putnam County, the 2010 flood, and many other
incidents and community events, like the years he spent with the safety operations at the Putnam
County Fair.

Smith’s career in emergency services became limited when he sustained a life-altering neck injury in a
1992 commercial structure fire that occurred in Cookeville’s Historic West Side Business District. As
Smith recovered from his injury, he focused his energy and love for radio communications on emergency dispatching. He worked as a dispatcher for the Cookeville Fire Department and Putnam County Ambulance Service, becoming the calm voice in the chaos for so many citizens and emergency
responders.

After many years in emergency services, Smith saw a need in the community for real-time weather
information and warning, using social media platforms he embraced from their very beginnings. Smith
was well-known for his weather briefings and updates posted online and became the source for weather
information for many throughout the community. Until the time of his severe illness and subsequent
death, Smith was always interested in weather and wanted the community to be prepared.

“Marty was one-of-a-kind and gave so much to Cookeville and Putnam County. It is undeniable the
impact he had on community safety and setting the standards for things like our Amateur Radio
Emergency Services, which is still instrumental today,” stated Putnam County Mayor Randy Porter. He
continued, “our community is great because of people like Marty, who give their all to help improve the
lives of people they don’t even know. I am grateful for the opportunity to have known him and to work
alongside him.” 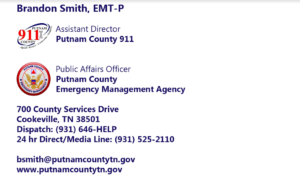