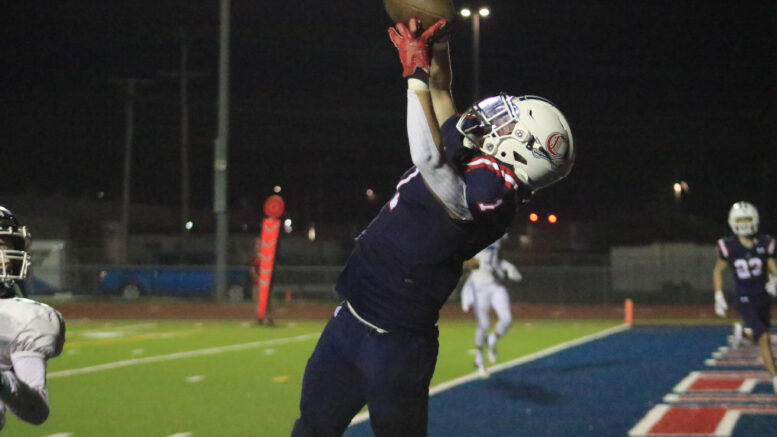 It was a similar story for the Cookeville Cavaliers in week nine, as they fell behind early due to some tough breaks and couldn’t overcome the deficit in a 27-7 defeat at the hands of Coffee County.

It all started with a fumble on the opening kick-off, giving the Red Raiders a short field. This led to the first score of the game, and was followed by a botched second kick-off and a penalty that led to Cookeville starting insider their own 10.

Not an ideal way to begin any game for head coach Jimmy Maynord.

“Any time you do that, you put yourself behind the chains,” Maynord said. “Our kids fought back and we were able to take a lead at 7-6. We just couldn’t get stops when we needed to get stops…It’s just one of those things where we aren’t good enough to overcome that.”

It wasn’t all bad news for the Cavaliers, as they finished with over 300 yards of total offense. The game did however serve as a tough reminder that special teams, while a part of the game people tend to glaze over, can be where you win or lose a game.

“Special teams is very important, and I’ve tried to emphasize to my kids that when you make a mistake in the kicking game, it’s typically pretty detrimental,” Maynord said. “You get a punt blocked or one returned for a touchdown, those things usually wind up costing you a football game…turnovers will usually cost. You usually don’t win games, you lose them. It’s hard to play a clean game.”

One constant with this football team has been the effort-level. All it takes is one look at either side of the ball to see that none of the errors being committed are due to a lack of effort. And while the record isn’t reflecting that, Maynord has consistently praised his unit as one that hasn’t given up on the season yet.

“Our practice was really good, and our kids are trying to do what we’re asking them to do,” Maynord said. “You go through that sometimes. You go through those years where you just have down years…in our case, we lost a lot of kids from a year ago. It’s kind of a deal where those kids haven’t been in that situation before.”

Week 10 brings about a familiar matchup, as former region foe Blackman comes to town for Senior Night. It’s a battle of two teams that are in similar spots, as the Blaze are under new leadership and are much younger than they have been.

Still, it’ll certainly be a challenge for the Cavaliers to slow them down.

“They’re a fast-paced offense, and they throw it all over the place,” Maynord said. “They’ll go for it a lot on fourth down…it’s going to be difficult. Their defense gives you different looks. They’re in a different look each week. They’re last game was a 50-45 loss, and they scored 36 points against a great Oakland team. That tells you a lot about how good they are offensively.”

The Cavaliers and the Blaze will square off on Friday night at 7 P.M. The game will be live-streamed on Upper Cumberland Reporter 3 on Facebook.