Congratulations to Sergeant Jon Giezentanner on his retirement! He is retiring after serving 30 years with the Cookeville Police Department.

Prior to becoming a police officer, Sgt. Giezentanner served for six years with the United States Navy and was deployed to two armed conflicts during his service: one in Libya in 1986 and one to the Persian Gulf in 1989. He joined the Cookeville Police Department in 1991 as a police officer and continued his military service with the Tennessee Army National Guard. During this time, he was deployed to the Iraq War and was stationed in Iraq for a year in 2004. In 2007, he was promoted to sergeant and spent the majority of his career on the afternoon shift serving and protecting the citizens of Cookeville.

Sgt. Giezentanner, we wish you a very happy retirement! We are thankful and grateful for all of your years of friendship, dedication, and service to this department and this community. Please join us in wishing him well on his next chapter in life! 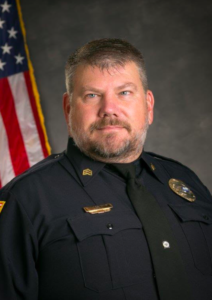 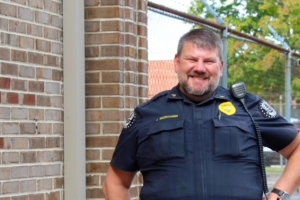