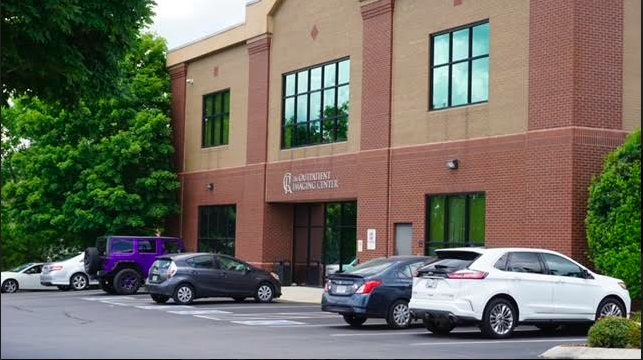 [Cookeville, TN] — According to the American Cancer Society, about 1 in 8 women in the U.S. will develop invasive breast cancer during their lifetime.

Getting a mammogram every year reduces that number, as it is the only method proven to reduce deaths due to breast cancer by detecting cancer early.

“Mammograms are essential in finding any cancer early, before there is a lump that can be felt,” said Dr. Donald Huff, radiologist at Cookeville Regional Medical Center.

Patients get a majority of their diagnostic studies done at the Outpatient Imaging Center, which also is where the Women’s Center is located.

The Women’s Center at Cookeville Regional Medical Center is an American College of Radiology Breast Imaging Center of Excellence. The BICOE is a designation awarded to breast imaging centers that achieve excellence by seeking and earning accreditation in all of the ACR’s voluntary breast-imaging accreditation programs and modules, in addition to the mandatory Mammography Accreditation Program.

Other imaging modalities that can diagnose breast cancer include breast MRI, ultrasound biopsies and stereotactic biopsies, all of which CRMC offers.

Since mammograms were introduced in the U.S. in the 1980s, there have been 30 percent fewer deaths from breast cancer among women.

A mammogram is an x-ray picture of the breasts that makes it possible to detect lumps or abnormal growths that may not be felt during a self-exam. The latest technology is 3-D mammography, or tomosynthesis.

There are many benefits to 3D mammography, including lower radiation dose, reduction in the frequency of a patient having to come back for additional imaging, the detection of 41 percent more invasive breast cancers and the reduction of false positives by up to 40 percent.

“We offer 3D mammos for every patient,” Huff said. “It’s superior technology that allows us to find smaller areas of concern much quicker.”

CRMC has been offering 3D mammography since 2015.

“The technology has really come a long way, especially going from film to digital,” Huff said.

If an area of concern is seen on a mammogram, the patient is scheduled for a follow-up diagnostic mammogram and an ultrasound, which is how a biopsy is done the majority of the time.

Experts recommend that women age 40 and over have annual mammograms. In the past, controversy existed about whether or not women should get mammograms between the ages of 40 and 50, but studies have shown that breast cancer tends to be more aggressive in women in this age group.

Major risk factors of breast cancer include age, genetics and breast density. The risk of developing breast cancer within 10 years is 1 in 43. Women who have a close relative who has had breast cancer are also at increased risk. About 5 to 10 percent of breast cancer cases result from gene mutations that are inherited.

The mammogram is pretty quick, taking around 20 minutes. A little discomfort is also expected. 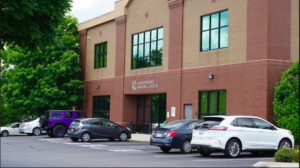