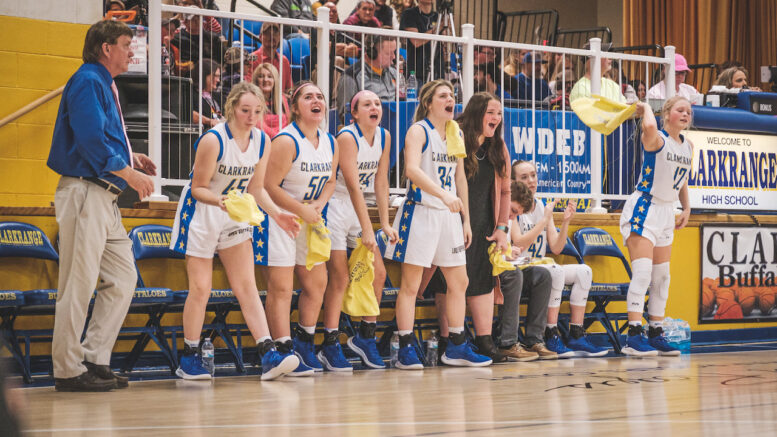 Legendary Clarkrange Lady Buffaloes head coach Lamar Rogers earned another noteworthy accomplish on Dec. 7 when he was named as one of Tennessee’s inaugural recipients of the John Wooden Legacy award.

“It has been an amazing journey,” Rogers said of his career upon hearing about the award. “It is an unbelievable honor to get an award with John Wooden’s name attached to it.”

The award is designed to honor scholastic basketball coaches around the county who are educators and have achieved excellence on the floor, in the classroom and in the community that further embody the characteristics and legacy of Wooden, based on the press release. The criteria for the award are rooted in the ideals of education, longevity, character, service and excellence.

It adds to an already-lengthy list of career accomplishments for Rogers, with the top achievement being his eight TSSAA state championships and 1,270 wins entering the 2021-22 campaign. The latter is the most wins all-time among girls high school basketball coaches in the state of Tennessee.

While all of those accomplishments are noteworthy in their own right, Rogers maintains that the surreal nature of getting an award with one of the greatest coaches of all time is an unshakeable feeling.

“John Wooden is the greatest mens coach (of all time),” Rogers said. “I watched them win seven (national championships) in a row…I’m just real proud and humbled.”

Rogers is also quick to point out that he couldn’t earn this one his own and gives due to the people that have helped him along the way.

“I’ve had a lot of help from parents and players, and I never expected this,” Rogers said. “Just one thing led to another, and I’ve enjoyed it over the years…watching the players grow from freshman to graduation, I’ve met a lot players and been lost at a lot of places, but this is deserving for the players and everyone who’s helped me over the years. I told my wife I’d probably do it for five years and then I’d do something else, but it didn’t happen that way. It’s been a lot of fun.”