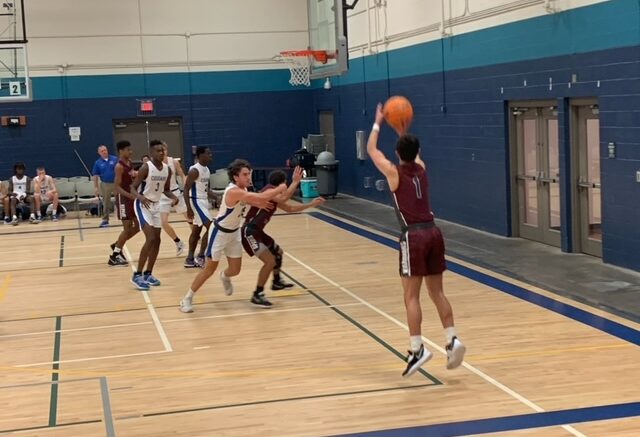 The Warriors got off to slow start on Monday afternoon in the Innisfree Hotel Beach Basketball Tournament in Pensacola Florida. The first quarter finished with Ft. Myers Florida’s Canterbury High School Cougars leading 10-2. The only points scored by the Warriors were from the free throw line by Thomas Brock.

The third quarter had a slow start with it taking 2 minutes for either team to score. Jake Davis hit a deep three to get the score started for the Warriors. Japheth Richmond scored a basket inside for WCHS. Thomas Brock scored off a Javen Strode quick pass inside for the Warriors. The Warriors trailed 38-13 after the third.

The fourth quarter the Warriors held the Cougars four points. While WCHS rallied to score 14 points on Canterbury. Jackson Young scored 2, while Thomas Paul scored 7, and Thomas Brock hit another 3 to give WCHS 14 points in the fourth. The final score was 42-27.

The Warriors will play Knox Central on Tuesday.