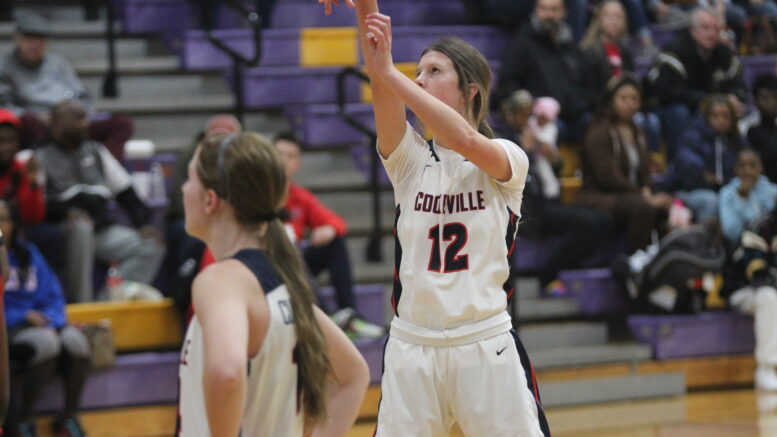 The Cookeville Cavaliers wrapped up their last game before Christmas on Wednesday, falling 53-50 to Clarksville Academy at Lipscomb Academy.

The two teams were evenly matched throughout, as Cookeville trailed 14-13 at the end of the first quarter. The Cavalier defense locked in in the second quarter, holding Clarksville to just 11 points. This allowed Cookeville to tie the game at 25 when the teams headed in for the half.

The Cavaliers outscored Clarksville once again in the third by a 12-11 margin, giving them a one-point lead heading into the fourth quarter. There, the Cavaliers fell behind early in the quarter, but found themselves down by just three with a chance to tie late in the game. A missed front-end of a one-and-one ended their chances however, as they closed out the third-place game with a 53-50 loss.

Josh Heard led the way with 21 points for the head coach Josh Heard, who said he feels like he’s still searching for chemistry and the right groups for his team.

“We’ve changed our lineup every single game so far, so we’re still searching for a fit that’s going to work,” Heard said. “We had some spurts tonight where we played well, but yet again our press offense is just terrible. We’ve got to defeat that animal before we get better.”

When asked how he feels about his team with district play looming on the horizon, Heard didn’t mince words at all.

“We’re not ready,” Heard said. “We’re not ready, and the boys will tell you that. We’re making too many mistakes and just not playing to our capabilities, and we’ve got to fix that. That’s why I set up the schedule to be as hard as it possibly can. Hopefully we can learn and get better before we start district play in January.”

The Lady Cavs took down Stewart’s Creek 55-54 in the tournament championship game.

Cookeville’s defense was on full display early, as they held SCHS to just five first-quarter points and took a 10-5 lead into the second frame.

The Lady Cavs had to battle to the end and fought off a last-second floater attempt, but came away with another win to keep their perfect record in tact 55-54 over Stewart’s Creek.

Jordan Gillies led the way with 14 points, while Cassie Gallagher added 12 for head coach Jamie Gillies, who knows her team came away with a good win over a very talented opponent.

“Stewart’s Creek is a great team, and we knew this was going to be a battle,” Gillies said. “They speed us up a lot, and in the first half, they made us take shots that we don’t usually take…when we settled down and got into our game, that’s when we decided the game.”

The Lady Cavs now hold an unblemished 13-0 record and have played one of the best schedules in the state. Even with that, Gillies says what she’s been most impressed with has been how hard her girls have continued to work to get better.

“I told them that I’ve never been a part of a group of girls that are so for each other,” Gillies said. “They just want to win and get better, and we get better every night. They’re just fun to be around, and they’re fun to coach.”