Cookeville, TN – On September 29, 2020, Cookeville Police Officers began investigating allegations that Kennith Orbit Boles, Jr. may have financially exploited his father (Kennith O. Boles, Sr.) during a period spanning approximately eight months in 2020. After an extensive investigation lead by Detective Justin Long, evidence was presented to the Putnam County Grand Jury charging Kennith Orbit Boles, Jr. with the Class A felony offense of Financial Exploitation of a Vulnerable Adult in an amount exceeding $60,000.00. Following the return of an indictment by the Grand Jury, the son was arrested by Cookeville Police officers on March 5, 2021.

This investigation was a joint effort involving the Cookeville Police Department and the Office of the District Attorney General for the 13th Judicial District. Crimes against elderly and vulnerable adults are taken very seriously in this jurisdiction. The public is asked to report any suspicions related to the victimization of this particularly vulnerable population within our community. 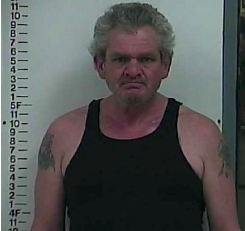