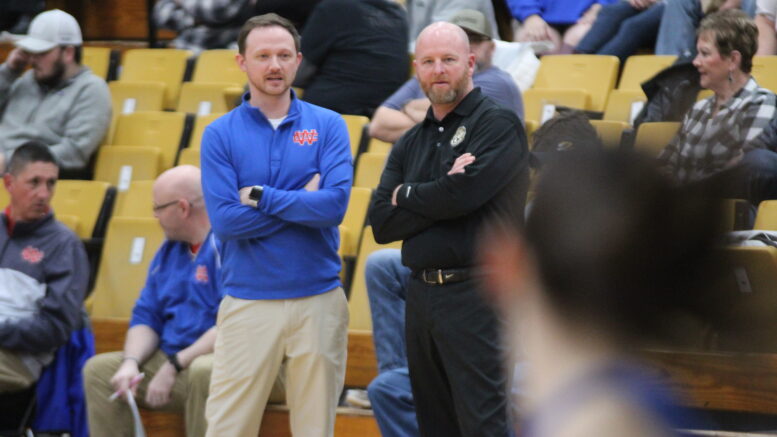 It didn’t take long for Warren County to find their new coach, as former head coach Chris Sullens announced on April 27 that he would be resigning after a career that saw him put up 129 wins in eight seasons with two district titles.

It also comes on the heels of a 15-14 season for the Lady Tigers, who saw their season come to an end in the first round of the District 7/AAA Tournament to Upperman. For Fish, he says he first contacted Warren girls coach Anthony Lippe to give him some names of coaches he thought would be interested, and it went from there.

“I knew some guys that might be interested, and he asked if I would be interested,” Fish said. “It’s always been my dream to coach men’s basketball, so I sent in my resume and the rest was history…I had a great interview, and it didn’t really seem like it would happen, but here we are today.”

Fish wraps up a ten-year tenure in Smithville, the place where he also played his high school career out. While he says he’s excited for the new beginnings at Warren County, Fish says he’ll always have a place in his heart for DeKalb County.

“I’ve bled Black and Gold my entire life, and I’ll continue to do that,” Fish said. “I’m very appreciative of everything they’ve done for me and my family…it was very difficult coaching two sports, but that’s what I loved to do. I love being around young people, and I love the competition.”

Even with that, Fish says the thought of cutting down to one sport was something that always crossed his mind, as he wanted to make sure he was around to take care of his first home team.

“I have a seven-year-old and my son Devin is coming into high school this year,” Fish said. “I thought that this year was the right time to step down from Softball, because he was going to be there playing basketball and baseball, and I couldn’t imagine missing his games…there’s been so many days I’ve passed up opportunities to be with my family because of coaching two sports. I’m not only able to watch him play, I’ll be able to coach him.”

A new opportunity brings about a new set of challenges for Fish, but that’s actually one of the things he’s looking forward to.

“I’m ready to get started.”