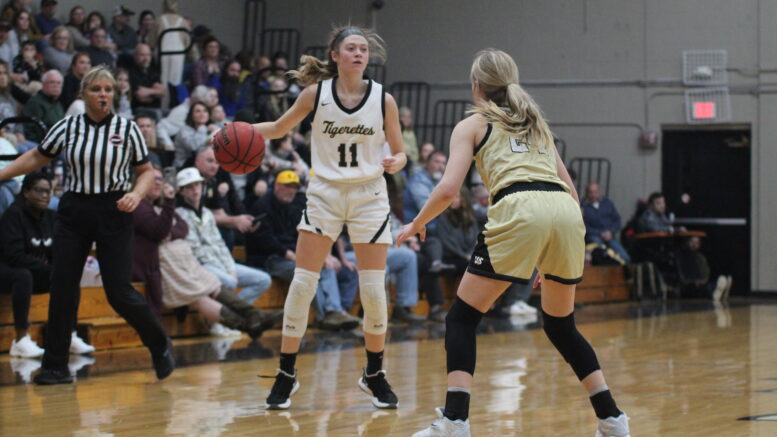 Alley comes to the Lady Tigers after spending time at fellow Upper Cumberland schools in White County, Cumberland County and Stone Memorial, and she says she immediately loved the feel around the school when she interviewed for the job.

“As soon as I saw this possibility, I was excited about it,” Alley said. “I’ve known (Bruce Curtis) for a few years now, and it’s really exciting to work for somebody that I do know and care about…I immediately fell in love with the environment.”

After having the opportunity to work as an assistant to some of the best coaches in the area, Alley says there’s a wealth of knowledge she’s taken from each stop that she hopes to apply to DCHS.

“There are some amazing coaches in the district, and I’ve done a lot of learning,” Alley said. “I’ve coached under (White County’s Michael Dodgen), and I learned a lot there. Under Radhika Miller at CCHS, that’s where I learned about having high energy…and of course under Mike Buck, there’s just so many amazing things you learn about how to lead a team.”

While the date of her hiring meant that she only had about a few weeks with the team, she says that she’s seen a lot that has her excited about her team.

“It was a fantastic experience,” Alley said. “These girls ready to go, and they are excited about starting fresh. They’re a group that is going to compete and they’re very coachable, so I’m excited to see how this season goes.”

The lack of team means that Alley hasn’t fully formed expectations yet, but she thinks this is a group that is going to surprise some people in the gauntlet that is District 7AAA.

“I think this team is going to be one of those that fights every night,” Alley said. “They’re going to shock a few people compared to who they are and how they’ve grown up already. They should compete in this district, but it’s obviously a very tough district so we’ll see as we play each game.”