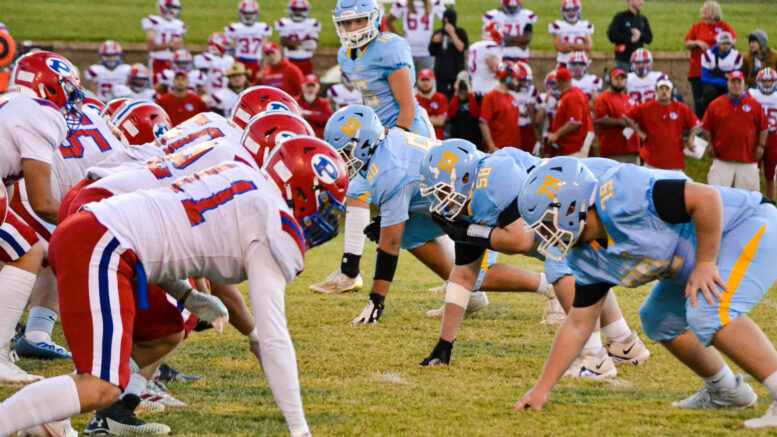 Though the Cumberland County Jets held a halftime lead against Polk County, it was the Wildcats who prevailed in Crossville Friday evening, 21-10.

Polk County (4-2) used a strong third-quarter performance to pull away from the Jets (0-6).

Cumberland County running back Drayton Hairston recorded his third 100-yard rushing game of the season, posting exactly 100 yards and a touchdown on 25 carries.

Jet freshman quarterback Noah Potter went 10-16 through the air for 68 yards in the loss.

After a scoreless opening period, Cumberland County struck first as Hairston found the end zone on a 7-yard rush on the first play of the second quarter. Jaime Perez added the extra point to give the Jets a 7-0 lead.

CCHS grew their lead to two possessions with 6:38 remaining until halftime as Perez nailed a 34-yard field goal to put his team up 10-0.

Polk County got on the scoreboard with 1:19 left in the second period on a 4-yard touchdown rush to trail CCHS 10-6 at halftime.

The Wildcats put the game out of reach with 3:43 left in the third period as they scored on a 3-yard rush to take a 21-10 lead.

Polk County held Cumberland County out of the end zone for the duration of the fourth quarter to take home a 21-10 victory.

Cumberland County falls to 0-6 with the loss and returns to Region 4-4A play next week for their biggest test to date, a matchup with undefeated cross-town rival Stone Memorial.

The Panthers are 6-0 and ranked No. 9 in Class 4A by the Associated Press. SMHS defeated York Institute 44-7 on Friday.