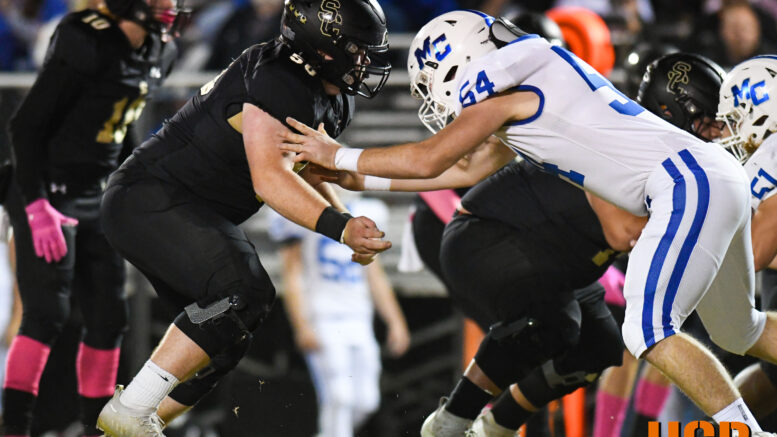 The final week of the high school football regular season is upon us, and this Friday brought about some interesting non-region clashes around the Upper Cumberland.

Here’s everything you need to know.

The Owls continued their winning streak in a back-and-forth tilt against the Tigers. Playing up a classification, Smith County managed to hold Gabe Borders in check just enough to win their seventh straight heading into their region championship game against East Nashville. Peyton Hix led the way with three rushing touchdowns and an interception.

The Bulldogs also earned a win playing up a class in a dominant effort over the Dragons. This sets the Bulldogs up nicely heading into their tilt with Gordonsville this week, as Clay has now won four in a row since their narrow loss to Westmoreland.

Speaking of the Tigers, they managed to hold serve as well, winning their second region contest to remain undefeated in the league. They are one game behind the Bulldogs in overall record, but a win this week would get them the tiebreaker and the top seed in the region.

The first game without Jaxson Rollins is in the books, and it was a big win on the road for the Bees behind a big effort from Terrance Dedmon in the backfield. Dedmon put up over 200 yards rushing and helped lead a defensive effort to limit Walker Valley’s big plays, as the Bees put themselves in good position heading into the regular season finale against Livingston.

The Panthers bounced back from their loss to Macon County with a 14-point win over Kingston. Bear Eldridge continued his excellent season with 104 receiving yards and a touchdown, while Houston Woody added two rushing touchdowns. Stone has the inside track to win the region, though it must defeat DeKalb County in Smithville in order to do so.

The Jets pick up their second straight win after starting 0-7, something that should feel good for CCHS. Drayton Hairston carried the load offensively, as he recorded 97 rushing yards and three touchdowns on 17 carries. Defensively, CCHS took care of business in Gainesboro against a team that has struggled to sustain offense.

The Wildcats got arguably the biggest win of the season on Friday in their eight-point win over Bledsoe County. They’ll need Rockwood to beat York Institute this week in order to create a three-way tie for the region, but the Wildcats have done everything they can to take care of their own business to where now, so long as they beat Wartburg, they can finish no lower than second in the region.

The Warriors of Sparta have gone from fighting for their lives to secure a playoff spot to now having a shot at getting a home game. They took care of business against Hunters Lane on Friday, and if Mt. Juliet beats Green Hill this week, multiple tiebreakers will have to be settled before anyone knows where they are going for the first round of the playoffs.

A potential first-round playoff matchup, this meeting went to the Blaze, as they took a 41-0 lead into the half and never looked back. Cookeville struggled with their tempo, though they managed to put some good drives and stops together in the second half. The Cavaliers need to beat Shelbyville this week to clinch the third seed in the region.

No secrets about it, Livingston is now staring down a second straight 0-10 season in the face with Upperman coming to town for the season finale. Livingston did some good things early against the Purple Tigers, but once the flood gates opened, there was nothing the Wildcats could do to slow them down.