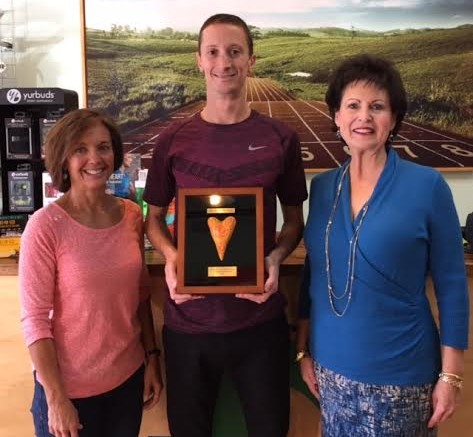 Highlights from the day included local business owner Brian Shelton of Foothills Running Company taking home the First Place overall medal as well as the special Heart of the Run award, which is given in honor of Mike Huddleston to an individual or group who personifies the spirit of the race and goes above and beyond to make the race successful.  TTU’s Phi Mu sorority won Best Volunteer Group, and Vine Branch Church was awarded Best Water Station.  This year’s Haunted Half also included an 80-year-old runner who completed his first half marathon.  Participant comments from a post-race survey included, “I really love the new course layout,” “The community spirit was awesome, and “My favorite race of the year!”

The Upper Cumberland Haunted Half is held in conjunction with WCTE’s Blues & Brews Craft Beer Festival.  The Haunted Half is organized by a dedicated race committee; WCTE would like to thank committee members Tracy Epps, Brant Wheeler, and Angela Clark, as well as all race volunteers who made the day successful.  Special thanks also goes out to the City of Cookeville and the City of Algood for supporting the race and making it a fun and safe event for all to enjoy.

Skate For The Cure