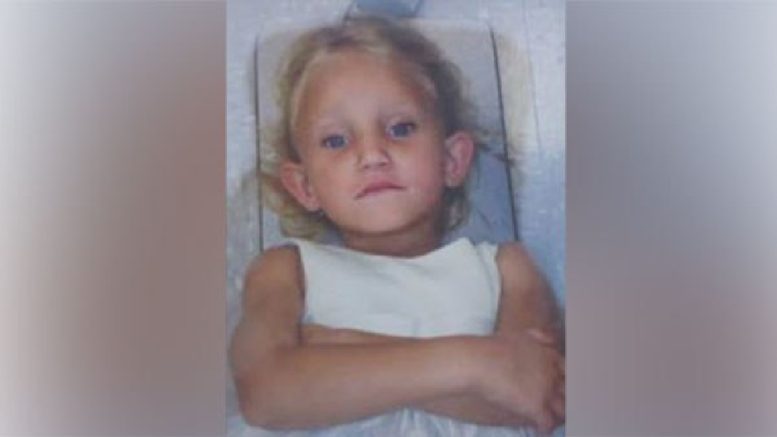 TN Amber Alert was issued in the abduction of a 4 year old girl believed to be in extreme danger in Florida by a man with an Alabama license plate.

TN Bureau of Investigation said they have a credible, possible sighting of Rebecca Lewis, 4, in the area of Cove Lake State Park in Campbell County. She was last seen wearing a pink dress.

Rebecca was reportedly taken by a reported family friend named West Wild Hogs, also known as Matthew Clark Pybus, who is a while male, 5 feet 5 inches tall and weighs 256 pounds. Hogs has strawberry blonde hair and blue eyes. He legally changed his name to West Wild Hogs and is reportedly from the Seale, Alabama area.

Hogs also has a scar like the letter “L” on the left side of his head and a tattoo of a blue cross and another tattoo of a Chinese symbol.  He was last seen wearing a light colored shirt and blue jeans. He may be traveling in a 2012, silver Nissan Versa, Alabama handicap tag number 4JL26. The  vehicle has a magnetic animal rescue paw on the driver side portion of the trunk.

Events and More: In and Around Overton County, TN