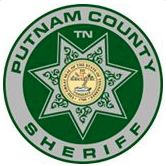 PUTNAM COUNTY, TN – On January 10, 2017, several Putnam County Sheriff’s Office Deputies responded to a traffic crash at the intersection of West Broad and Hawkins Crawford Road. Upon arrival, it was determined that the driver of the vehicle was in medical distress and suffering from cardiac arrest. Cookeville Police Master Patrol Officer Justin Long and Firefighter Travis Lee were already on scene and administering CPR. The two men were off duty and returning home when flagged down by witnesses to the accident.

Putnam County Sheriff’s Office Sergeant Jeremy Nash and Putnam County Emergency Services Paramedic Joe Smith began emergency protocols. Sergeant Nash immediately retrieved his assigned Automated External Defibrillator (AED) from his patrol vehicle, and he and Smith initiated use of the AED. Sheriff’s Office Deputies Gary Davis, Craig Ragsdale, Scott Stockton and Devon Brown assisted by coordinating traffic at the intersection. As a result, the responders were able to revive the victim and sustain vital signs until the arrival of EMS. The victim was then transported to Cookeville Regional Medical Center, where he remains in stable condition.

“We could not be more proud of our Deputies and everyone involved,” says Sheriff Eddie Farris. “As a Sheriff’s Deputy, your duties are to protect and serve in all areas of our community. We have vowed and taken an oath to do so.”

The assigned AED that was utilized is one of 20 recently attained through the Federal LESO 1033 Military Surplus Program. Sheriff Farris has been a proponent of this program which he utilizes to obtain equipment that our agency would not normally be capable of procuring through the annual budget. Sheriff’s Office Deputies receive annual CPR and AED training as part of their annual certification process. By having patrol cars assigned an AED unit, the county receives uninterrupted coverage and availability of an AED in the event of medical emergencies.