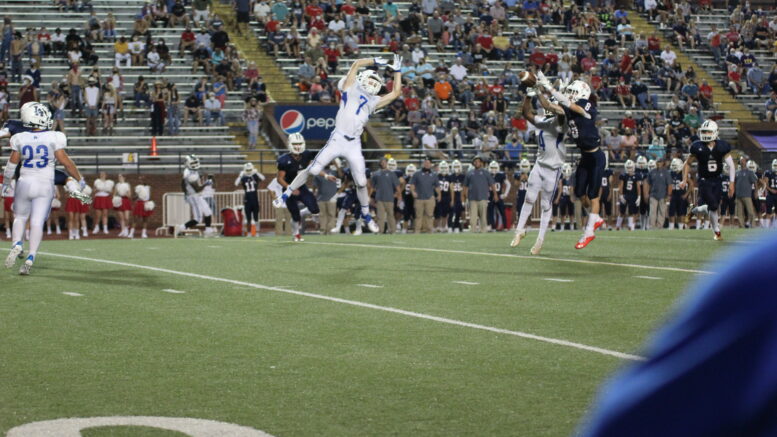 The Livingston Academy Wildcats are preparing to play a football game in an unfamiliar place, at home.

The Wildcats are gearing up to take on rival Upperman on Friday night in Livingston. It will be the first home game for LA since November 2019 after they opened the 2020 season with three straight road games.

“It’s just extremely exciting for us to be home,” said Lamb. “We haven’t played here since Nolensville last year, almost a year ago. For us to come back home and get in front of our home fans is huge. The kids are excited. The coaches are excited. We travel well, but it’s nothing like we have at home.”

The Wildcats (2-1, 1-0) are coming off a 7-0 win over Cumberland County. They will face an Upperman Bee team that is on a two-game winning streak after a 42-14 win over Smith County.

“Their skill kids are very good and very athletic,” said LA head coach Bruce Lamb on Upperman. “They’ve got two quarterbacks that both bring a variety of different things to the table… Coach Caine does a great job with those guys and has them prepared every week.”

The Wildcats will be looking to slow down the UHS rushing attack. The Bees have rushed for at least 300 yards in both of their last two games, but LA’s front-seven has been stout defensively in both of the Wildcats’ wins.

“(The front-seven) played really well last week… and we’re going to have to do that this week or we’re in for a long night,” said Lamb. “I think they’re prepared for it. I just hope we can line up and be able to play with them.”

The Wildcats are preparing for the Bees two-quarterback system. Both Ty Dutchess and Thomas Ensor see time at quarterback for UHS. Lamb said his team needs to be prepared for anything.

“I don’t think one does anything else over the other one, as in the difference between passing and throwing,” said Lamb. “They’re both very athletic and they’re both very good. You’ve just got to prepare as best you can and be ready for anything.”

Both Wildcat wins this season have come on fields with poor field conditions or in the rain, and the loss came against a talented 6A Cookeville squad. Lamb said given the unconventional start to the season, he thinks his team is now starting to build towards reaching their potential.

The week three matchup against Cumberland County was the first game without senior quarterback Parker Coleman, who is out for the season with an injury. Both senior Raven Carpenter and sophomore Nathan Cowgill are being asked to take on larger roles at the quarterback position.

“(Cowgill) runs really well,” said Lamb. “He’s never played quarterback before until last year, and we just moved him there because of his intelligence. He did really well last week. I think he’s going to be a good one.”

“Raven’s just a phenomenal athlete. You can put Raven anywhere on the field and he’s going to give you all the effort you can imagine out of a kid. He’s a competitor.”

Kickoff between the Wildcats and Bees is set for 7 p.m. Friday as the Wildcats will kickoff a three game homestand.