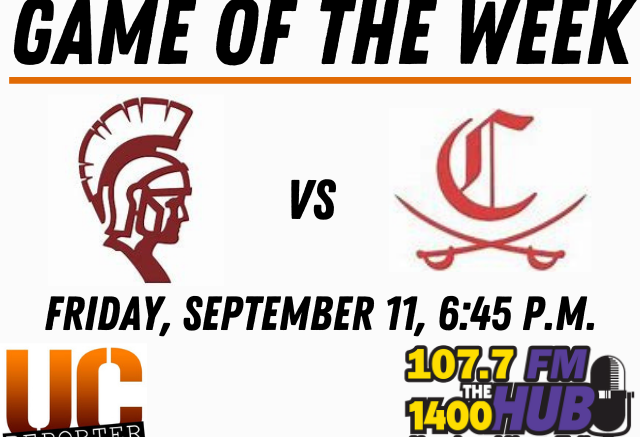 The White County Warriors find themselves at 1-1 after playing solid football in their first two games but are preparing for a test Friday night when they will take on rival Cookeville in the High School Football Game of the Week.

“Stockton Owen is going to be the first name everyone talks about. He’s unbelievable,” said Frasier. “He’s a great athlete. Excited for a kid like that to be in the Upper Cumberland. He’s got a lot of big hosses in front of him. Big, giant offensive line that does a great job. Offensively, they’re a good-looking team.”

“You watch them on defense, and they run to the football. They’re aggressive. I feel like it’s one of the better Cookeville teams they’ve had in a while.”

Owen is one of the Cavs senior leaders. The Warriors are led on offense by sophomore quarterback Malaki Dowell. While the players share a similar skillset of being able to run as well as pass, Frasier said it is premature to compare the two.

“I think it’s unfair to compare Malaki, who’s a sophomore now, to a senior in Stockton Owen,” said Frasier. “I think it’ll be a good comparison in a couple of years. Right now, Stockton Owen is the premier player in the Upper Cumberland in my opinion. It should be a compliment to Malaki that people are putting them in the same conversation”

“I do expect Malaki to answer the challenge coming off a great opening week to a week where it was a little bit tougher sledding against a good CAK defense.”

The Warriors defense has enjoyed a strong start to the season, giving up just 15 points as a defense in two weeks (CAK’s lone score in week two came on a fumble return). The defense will face a test in Cookeville’s rushing attack which has averaged 8.7 yards per carry and 271.3 yards per game through three games. Frasier said he thinks his front-seven will be up for the task.

“I do think they’re up for the challenge,” said Frasier. “I told them they’re going to have to fight on every play like a caged animal. (Cookeville) is so big and physical. They played them last year, so this is nothing new. It’s going to take 11 guys to the football, and hopefully we can contain their run game. It’s a major challenge for us.”

Cookeville has largely dominated the rivalry matchup with Sparta recently. With Sparta’s only win in recent memory coming in 2013. In his second year at the helm of the Warriors, Frasier said it would be a big step for Sparta to be competitive in the matchup as they continue to build a culture of winning in White County.

Frasier added he wants his team to embrace the rivalry matchup.

“That’s what it’s all about. It’s fun,” said Frasier. “I think it’s silly when people try to ignore facts. It is a big game for us. It’s something that we need to actually turn it back into a competitive series. I’m glad they’re excited about it.”

Kickoff between the Warriors and the Cavs is set for 7 p.m. Friday in Cookeville. It is the High School Football Game of the Week and will be broadcast live on the UCR Facebook page and Newstalk 107.7 and 1400 the HUB. Pregame coverage will begin at 6:45.