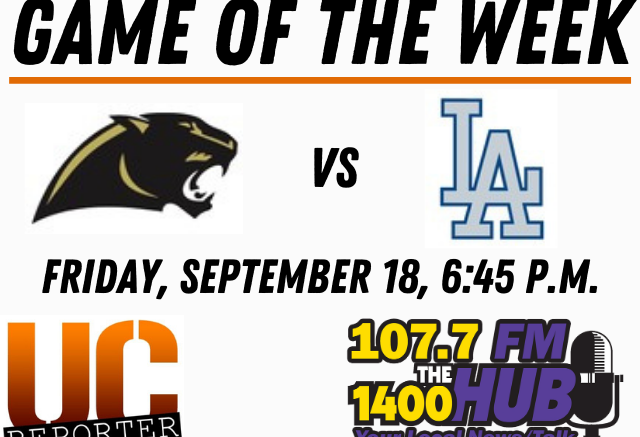 The Livingston Academy Wildcats are building confidence through four games in the 2020 high school football season.

They have an opportunity to move their win streak to three games as they take on the Stone Memorial Panthers (1-3, 0-1) Friday night in Livingston.

“It’s been very good,” said LA head coach Bruce Lamb on his team’s week of practice. “We’ve been pretty focused. We’re not letting anything go to our head after our big win last week. We know we have to give that same effort every week and that’s what they’ve done in practice. I’m very proud of what they’ve done,”

The Wildcats (3-1, 1-0) are coming off a 21-14 win over rival Upperman. They face a test in a Panthers team that owns a blowout win over Clay County and a narrow loss against preseason Region 3/4A favorite Dekalb County.

“They’re better,” said Lamb on SMHS. “They’ve got an unconventional offense. (Coach Derick Samber)’s very offensive-minded and does a great job with those kids. That stands out more than anything.”

The Wildcats will bank on senior running back Kaleb Robinson to build on his strong week four performance in which he scored all three LA touchdowns. His counterpart in the backfield, sophomore quarterback Nathan Cowgill, is building confidence entering his third start at the QB position.

“His confidence is really starting to pick up,” said Lamb. “He was wanting the ball. He was encouraging his team and being a leader. I can see that his really developed in him. He’s a game-time player. In game-time is when you see the real player come out.”

While the Wildcats are looking to build off a big win, the Panthers will attempt to bounce back from a 45-0 loss against CAK. Starting quarterback Bryant Carter is set to return to the field, which may provide a boost to the Panther offense.

The Wildcats have turned heads with their 3-1 start to the season. As people outside the program begin to take note of the team, Lamb said his squad is focused on one game at a time.

“The confidence is building, but we play one game at a time,” said Lamb. “Our goal right now is to beat Stone Memorial. Half our kids don’t even know who we play next week, and I don’t want them to know. I hope it stays that way.”

Kickoff between the Wildcats and the Panthers is set for 7 p.m. in Livingston. It is the High School Football Game of the Week and will be broadcasted live on the UCR Facebook page and on Newstalk 107.7 and 1400 the HUB. Pregame coverage will begin at 6:45.