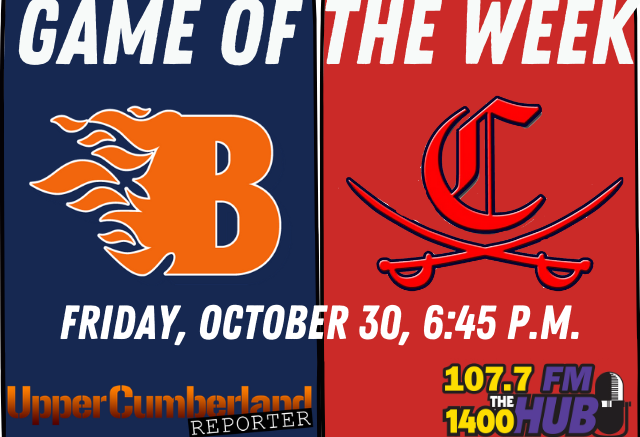 The Cookeville Cavaliers have an opportunity to stretch their winning streak to three games and punch their ticket to the postseason as they prepare to take on the Blackman Blaze.

The Cavs have been in playoff-mode for three weeks, and now face a stiff-test in the Blaze (3-6, 3-3) from Murfreesboro in the High School Football Game of the Week.

“They have, overall, great team speed,” said CHS head coach Jimmy Maynord on the Blaze. “Especially on the defensive side. It’s going to be a challenge. They throw the ball exceptionally well and they’re so big up front on the offensive line that they are able to run the ball effectively too. They’ve got two or three big defensive linemen. their linebackers play downhill.”

The Blaze’s record is not eye-catching, but they have won two games in a row, have a COVID loss against Oakland and their other five losses have come against teams with a combined nine losses.

The Blaze are led by third-year starting quarterback Drew Beam.

“He’s obviously a great arm,” said Maynord. “He throws the football exceptionally well. He’s by-far the best passer we’ve seen this season. He doesn’t run the football that much, but he definitely can throw the ball.”

The Blaze offense is averaging over 23 points per game. Maynord said the CHS defense cannot stay stagnant against the high-powered BHS offense.

“We’re not going to be able to sit there in one defensive front and try to match personnel,” said Maynord. “We’re not built that way. We’re going to have to give some different looks. First of all, we’ve got to try to stop the running game. If you can do that, it’ll make them one dimensional. If you let them do both then you’re probably in for a long night.”

“It’s really no different than it’s been the last three weeks,” said Maynord. “For us, it’s been playoffs every week if you want to continue to play. It’s a game and we’re going to play the best we can.”

Kickoff between the Blaze and Cavs is set for 7 p.m. Friday in Cookeville. It is the High School Football Game of the Week and will be broadcast live on the UCR Facebook page and on Newstalk 107.7 and 1400 the HUB. Pregame coverage will begin at 6:45.