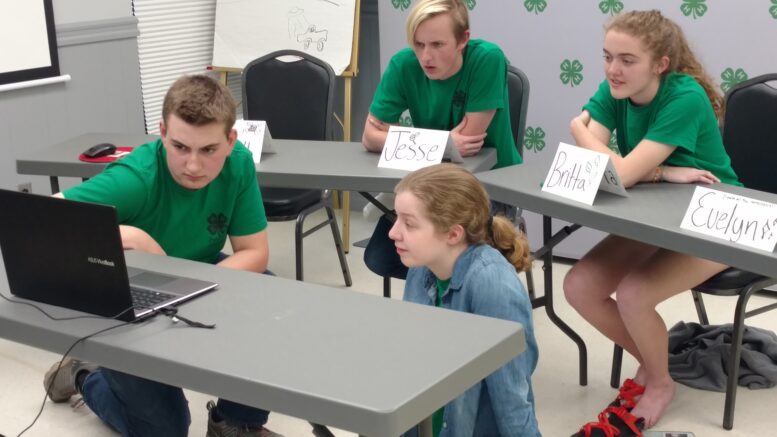 What are the different types of taxes? What’s included on a credit report? What are healthiest ways to prepare food? These are just a few of the numerous topics studies by the Putnam County 4-H team as they prepared for the National Virtual LifeSmarts contest in April. LifeSmarts, a consumer education competition that challenges teens in grades 9-12 about personal finance, health and safety, the environment, technology, and consumer rights and responsibilities, is a program of the National Consumers League (NCL).

The program has been in existence for 27 years. This year the competition was conducted online with 33 teams competing for the 2021 title. “LifeSmarts participants win by learning to avoid common consumer pitfalls, navigate the government, and understand credit card jargon before they have to sign on the dotted line,” said Sally Greenberg, Executive Director of NCL, a Washington, DC-based national nonprofit watchdog organization.

When asked about the experience, Britta Gaetjens stated “LifeSmarts was a challenge and I enjoyed learning everything from what a car lemon law is to what area code indicates a national number. I also enjoyed spending quality time with my teammates and getting to know them better.”

“I had an amazing time learning new things and working with my team through this competition” Bailey Steger explained, “I will make good use of my newly gained knowledge and teamwork skills in everyday life and in my future career.” The team placed 12th out of the 33 teams who competed.