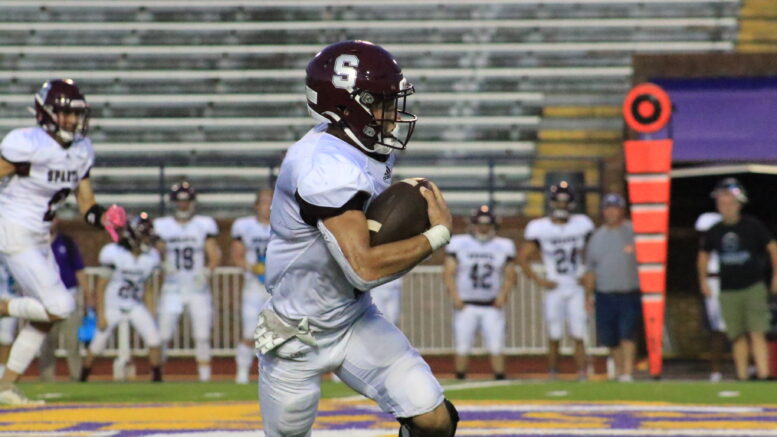 The Warriors dominated the Cavaliers in both the run game and the passing game, outgaining their opponent 447-214 yards to earn their first win over CHS since 2013.

“That is a big win for our program,” said WCHS head coach Mark Frasier. “That is the second time in 25 years so that’s a big win. We got a really big one coming next week in a region game but it is nice to get a win that I know these guys will enjoy.”

The Warriors started the game off strong as Javyn Stode rushed 12 yards for the first touchdown of the night.

Strode then rushed 18 yards for the second touchdown to give WCHS a 14-0 lead.

Cookeville got on the board with a 33-yard touchdown pass from Mace Thomsen to Jourdyn Burrus to cut the deficit to 14-7.

Bray Frasier rushed for a four-yard touchdown late in the first half to stretch the lead to 21-14.

Junior Malaki Dowell then rushed for an 85-yard touchdown to start the second half and give the Warriors a 28-7 lead.

Cookeville’s Donovan Sullivan scored on a 12-yard touchdown reception, but the Warriors closed out the game with two more scores to secure the signature win.

The Cavaliers will host region opponent Warren County at 7 p.m. next Friday.

The White County Warriors will look to carry their momentum into region play as they host Mt. Juliet at 7 p.m. Friday night.

“We still have things we need to work on, but we’re going to enjoy this win,” said Frasier.

Be the first to comment on "White County Blows Out Cookeville"