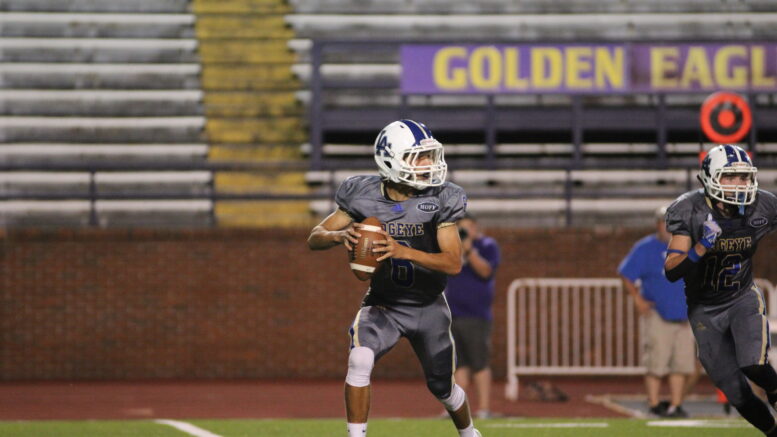 The Livingston Academy Wildcats have their toughest test of the season in week 11, as they will travel to Baxter on Thursday to take on the Upperman Bees.

This comes on the heels of a 37-0 loss at the hands of Watertown in week 10, a game where head coach Dale Flatt says he felt like there were good things that happened, but they didn’t play consistently well enough to compete.

“Watertown is a really good team,” Flatt said. “They do a lot of things defensively as far as blitz packages. They loop linebackers around and throw them up the middle…offensively, they’re very sound as well. I know at times we couldn’t stop them, and at other times, we did. I was (proud) of our boys when we did.”

It’s been a tough season for the Wildcats, as no team plans on going 0-9 to start the season. While many would say that there’s not a lot of progress when you look at the record, Flatt maintains that he’s seen a lot of growth out of his younger players.

“We went from scoring no points to scoring some points,” Flatt said. “When you take care of one thing, another comes up. They’ve matured a lot; they’ve gone from a team of players who most of them have never seen the field before, to playing every week…they’ve matured as far as how they play and how they (prepare).”

And to add to it, Flatt has often said that the team has still shown up for work, so to speak. And that should be a real testament to their character.

“That tells you that you’ve got kids that want to play,” Flatt said. “We find things as coaches to try to make it more interesting than just going out, going over the plays and then going home…we find ways to keep our kids involved. It’s big for a team that’s like we are that doesn’t have much in numbers and are mainly sophomores on the field. They’re still going to the field wanting to do better.”

Their season will wrap up this Thursday when they take on Upperman in Baxter. The number one item on Flatt’s defensive game plan is to try to find a way to slow down that three-headed Bees rushing attack in Ty Dutchess, Terrance Dedmon and Jaxson Rollins.

“They run the ball well and throw it well,” Flatt said. “They’re tough defensively as well. They’re the number one team in the district and they’ve only lost to Fayetteville…I think this is one of the best teams (we’ll see). Our kids are going to go out and try their hardest and we’ll see what happens.”

The two teams will square off on Thursday at 7 P.M. The game will be live-streamed on the Upper Cumberland Reporter Facebook page.