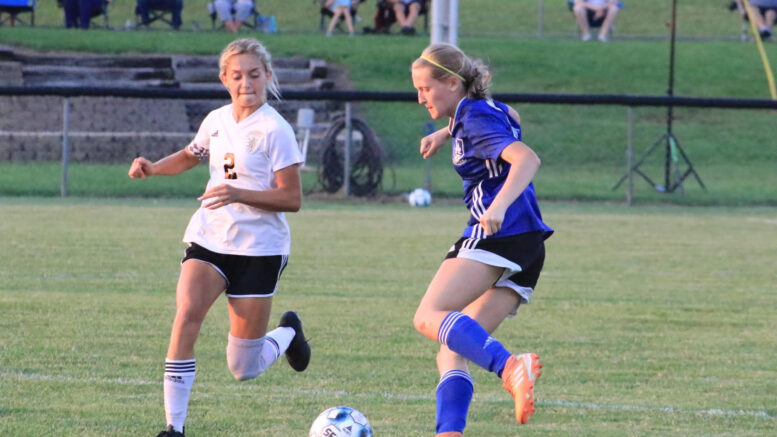 The Livingston Academy Lady Wildcats soccer team will have almost an entirely new look when they take the pitch for the 2022 season.

After graduating seven players, including the team’s entire starting defense, head coach David Sadler says he’s prepared for many new faces to take the field for the Lady Wildcats.

“You lose seven seniors and all of them were starters, so there will be seven new faces out there,” Sadler said. “Maybe more, just due to moving players around until we find our groove…we’ve had some girls that have moved in that we plan on being a big part of our team, as well as our five freshman.”

Of the returners, none bring the excitement more than senior Lilly Copeland. As a sophomore, she scored the game-winning goal to give the team its first State Tournament win in a 2-1 affair over Dyersburg. Copeland also scored the lone goal in a 1-0 win over McMinn Central to send the Lady Wildcats to Murfreesboro.

After helping lead the team to a 14-6-1 overall record and a 10-0 mark in district play in 2021, Sadler says he believes the sky’s the limit for Copeland.

“I call her the General because that’s her role on the field,” Sadler said. “She loves to give and assist just as much as scoring. As a motivator and a leader, she’s the best that we’ve got out there. I know when she’s out there on the field, we’re in good hands.”

It’ll be an interesting transition for Copeland considering her role the last two seasons. As a sophomore, she shared the field with three of the best seniors in program history in Tori Hinds, Kaitlin Huntley and Jena Harris. Last year, she was one of two non-seniors who started every game.

While she hasn’t been forced to have the loudest voice, Sadler says he thinks she’ll fill that senior leadership role perfectly.

“Even though Lilly was a little quieter, she still had a big presence,” Sadler said. “Our older girls would even count on her and look up to her. Our seniors last year were kind of on the defensive side, so they counted on Lilly and supported her as the leader because they needed her and vice versa.”

Copeland’s already put together quite the career with several big moments, and that’s before taking her senior season into account. When all is said and done, there’s no reason she couldn’t be considered one of the best soccer players in Livingston Academy history.

And Sadler thinks the same, because she puts the team first before her accomplishments.

“She’s definitely right up there with the top five to ten players we’ve had,” Sadler said. “She’s willing to play anywhere and do anything for the team. She’s played with such force since she was a freshman…she’s one of those committed players that brings so much to the team when she’s out there.”

As far as what Sadler wants to see from his team on a normal basis, winning is still the goal. He says that there will be challenges with as many new players as they’ll have, but he wants to continue putting a competitive team on the field each game that has a shot to win the district.

“Let’s win, but we also want to stay competitive,” Sadler said. “Everyone knows we lost our whole defense, so getting out there and forming that chemistry, and then coming together as a team is the goal. It’s a challenge, but we’ve got a group of girls that are willing to do what’s needed…that’s a blessing when you have 26 girls that are willing to do whatever you need them to do.”