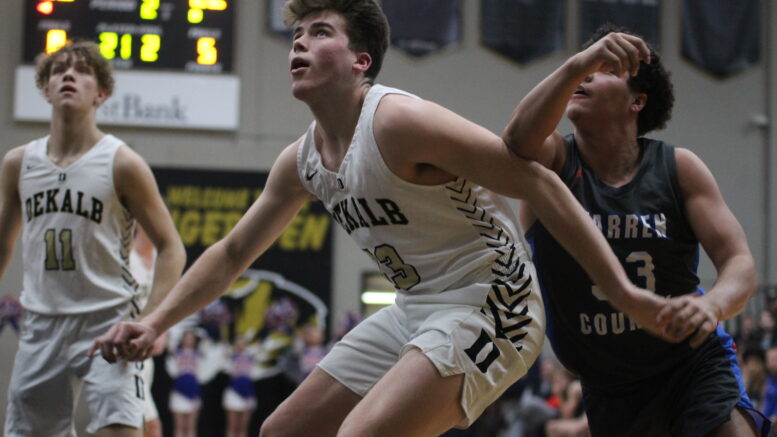 Agee has spent the last eight years as assistant principal at DeKalb West School, and he says he was looking for a way back into coaching when the job opened up.

“I’d been looking for a way to get back into coaching for awhile now,” Agee said. “The opportunity came up and I applied, and I got one of my best friends to apply for the assistant spot. We’re hoping it’s going to work out perfectly.”

Cody Randolph will be joining Agee as an assistant coach after serving as the DeKalb County Middle coach since 2014.

As far as his itch to get back into coaching, Agee says he just missed the strategy aspects of the game and he felt that way as his watched his daughters play the game as well.

Agee has seen plenty of the current Tigers play as they’ve grown up, citing Randolph’s experience coaching them as one of the best ways he’s been able to evaluate them.

“I’ve known all these kids since they were small,” Agee said. “Cody Randolph has spent the last eight years at DeKalb Middle School, so he’s coached most of these kids…they’re athletic and I think we’ll be able to do some stuff that they maybe haven’t done in the past.”

One thing Agee says he wants to do as the coach is push the tempo a little more, though he’s quick to point out that he’ll have to see what he’s working with before he can commit to a certain style over another.

“You have to wait until you get them all in the gym to see what you’ve got,” Agee said. “We’re going to play to the strengths of what we’ve got, but I want to press and get up and down the floor…there will be situations where we have to slow the ball down, but I think these kids have got good court vision that we can take advantage of. We’re going to get after it on the defensive end, so it all will start there. I’d like to push the ball as much as possible.”