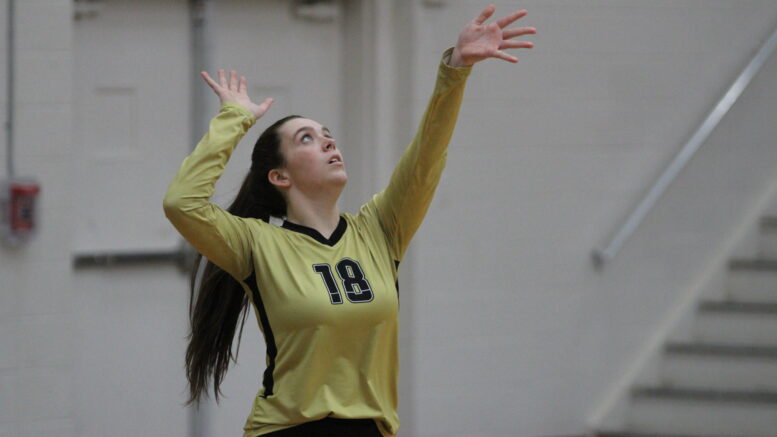 The Upperman Lady Bees volleyball team put together a really solid season in 2021, a campaign that saw them win a district championship and make a deep run in the postseason.

They also did all this with a first-year head coach in Barbie Cook, who says that going into year two, she’ll have a tough act to follow.

“They accomplished quite a bit more than even they were expecting,” Cook said. “We came in and built a whole new program, and they strived to be the best they can be…it was a very proud moment for us as coaches.”

As far as preparing for her second year at the helm, Cook maintains that her mindset of learning from the year before is still her focus.

“I’m always trying to learn from the previous year,” Cook said. “Every year is a growing year…you just continue to build from there. You’re not always going to have the same players, but you have to work with what you have and try to prep them for what they’re going to experience.”

With graduation, the Lady Bees will have to find replacements for five players that were all key contributors between the lines a year ago. Cook knows this will be no easy task.

“We had quite a few seniors last year, and they were a great group of girls,” Cook said. “They were very determined, and they wanted something different.”

For Cook, she says she’s going to lean on her two returning seniors in Abigail Johnson and Arin Warren for leadership.

“They have stepped up to the plate and they’re looking forward to this season,” Cook said. “We are going to be a younger team…that is an important role because you have many girls looking up to those two. They’ve been with the program, and they know what they want to accomplish. To have those two mentor the younger ones, that’s very important.”

Make no mistake, just because this is a younger team doesn’t mean that the bar won’t still be set high. As Cook mentions, her expectations are always set high.